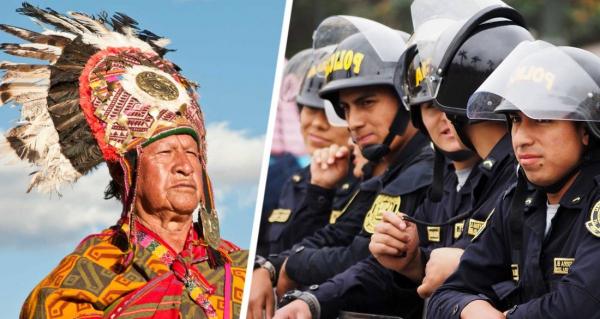 Tourists traveling through the Peruvian Amazon had to endure an unusual adventure for the 21st century – they were taken hostage by a local tribe. The demand is really quite modern – the indigenous community demands at least some government action in connection with the oil spill, which will happen back in September.

The situation began to develop on Thursday: approximately 150 tourists, including citizens of the United States and Great Britain, traveled along the Marañon River in Kuniniko in the Loreto region in northern Peru. The local community blocked the river and stopped the boats. Next, Wadson Trujillo, the leader of the Cuniniko community, voiced his demands: the tourists were taken hostage by the Amazon tribe, trying to pressure the government to take action in connection with the oil spill, due to which the local water supply was disrupted. The community demanded that the government declare a state of emergency due to the oil spill. In total, three boats were detained, and the group of detainees included tourists from Spain, France, America and the UK, including children, pregnant women and the elderly.

The Ministry of the Interior of Peru was involved in resolving the problem. As a result, the Indians released most of the tourists: as local officials said, the tourists were transferred to another boat, and the most daring of them would even risk continuing the journey, despite the fact that after a couple of days of being held hostage, “conditions began to deteriorate”, in particular, at tourists ran out of food.

“After a dialogue with the head of the Kuniniko community, our request for the release of people was accepted,” a local official said. However, the protesters say that if their demands are not heard, they will continue to block the passage of boats on the river until they receive support from their government.

By the way, the Peruvian authorities recently lifted one of the toughest covid laws and now tourists , including Russian, can freely enter the country. Read the details at this link.

For those who care about a healthy lifestyle, we recommend reading: “The endocrinologist revealed the secret of meal times for weight loss.”