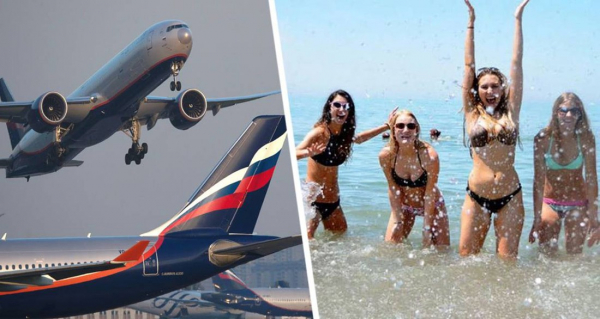 There are new opportunities for transporting tourists to Turkey – this time, from the Russian side. Aeroflot has added new flights to Antalya, so it will be easier with tickets, and prices may drop slightly. The Russian national carrier will launch an additional flight from Sheremetyevo Airport to Antalya on Tuesdays, Thursdays and Saturdays from July 2, and from July 7 the number of daily flights on the Moscow-Antalya route will increase to five – today there are three.

At the same time, as Turkish experts add, economy class tickets for free sale – at least for morning flights – will not be available. All of them are allocated to tour operators, among which Biblio Globus is named.

At the same time, representatives of the Russian tourist market noted that there is a need for flights. There is a shortage of transportation in the direction and even Turkish Airlines, in whose schedule of 7 flights a day from Moscow, cannot cope with the tourist flow – a shortage of seats for some dates has already been recorded until the end of summer.

Market experts have no doubt that Aeroflot's load will be high, even though it is more expensive than its competitor. According to ANEX Tour, for example, a package tour on Turkish carriers in a relatively affordable 5 * can be purchased for 100,400 rubles. for two for a week. With transportation by Aeroflot, the price of the tour will increase two to three times, since Aeroflot asks 44.1 thousand rubles for the flight from Moscow to Antalya alone. per person one way. As a result, most tourists prefer block tours – but the Russian national carrier will not be left without its client.

For those who value a healthy lifestyle, we recommend reading: “Fashion expert called 9 mistakes women that make them look older.”