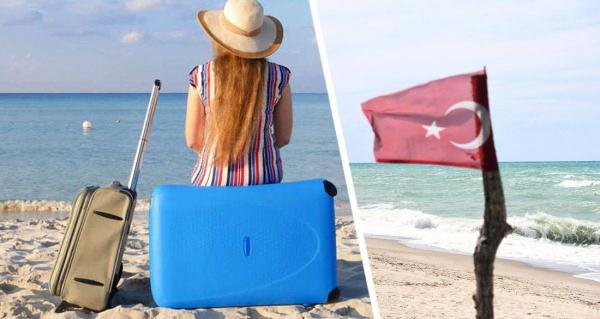 < /p> Turkish hotels were not given 100% occupancy either by the local holiday of the end of Ramadan, or by the “Russian” May holidays, and only some hotels approached the coveted figure of 90%. At the same time, after the holidays, Antalya will begin to “rapidly empty.” This assessment was voiced by Yilger Demirtas, Sales and Marketing Director of the Clup Nena Hotel in Side.

The named hotel opened the season on April 20, the expert noted, so he “observed” all the trends with his own eyes. “There was no STOP SALE for the holidays in any hotel, in any agency. In general, the highest occupancy rate is about 70%. If we look at nearby hotels, there are many hotels at the 30% level. And there are many more hotels that are postponing the opening,” he said.

At the same time, after the holidays – both the “local” Eid al-Fitr and the Russian May ones – which coincided – the occupancy rate is falling throughout Antalya, the expert added. He noted that this typical seasonal dip is a favorite offer for last-minute tourists, lasting almost the entire month of May. “Hotels that want to somehow recoup their remaining beds are stepping up competition with extremely low prices,” he said. But it is not a fact that there will be many tourists who will buy these places, Mr. Demirtas adds. Basically, those who bought these places at early booking prices stopped at the hotels. But hotels relying on “last minute” sales “are sure to suffer serious losses in income,” the expert assured.

He also gave such details – that high occupancy, including by domestic tourists and Europeans for the holidays, “was observed only in luxury hotels in Cesme and Bodrum.” However, it cannot be said that this was a general trend – the Cesme authorities counted on 70% occupancy, but this figure was noted only in some hotels. In Antalya, hotels in the Lara-Kundu and Belek regions also distinguished themselves by a high level of occupancy. “These regions have collected a significant share by reducing their prices for hotels in Side and Kemer. Foreign tourists have mostly moved to these regions,” the expert added. However, the trend is the same: only five-star luxury hotels and hotels with a European “specialization” in the Alanya region have reached 60% occupancy. And 35% of hotels in the region delayed opening. In Kemer, occupancy was also low, with the exception of a few hotels.

“The occupancy of some hotels could reach 90%. But the absence of STOP SALE in agencies shows the general situation,” added the Turkish hotelier.

For those who care about a healthy lifestyle, we recommend reading: “A nutritionist has revealed a complete list of calcium-rich foods and how to use it correctly.