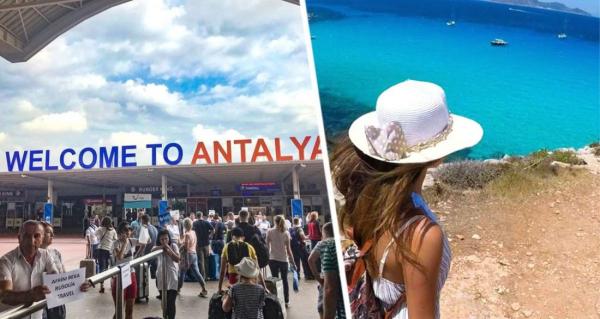 Antalya , despite all the pessimistic forecasts, is rapidly making up for lost time and is approaching the results of a record year in terms of the number of tourists in 2019. Such statistics were announced in the provincial department of culture and tourism of the Governor of Antalya.

First of all, Turkish experts did not forget to recall that the resort “despite the epidemic, received more foreign guests than its foreign competitors in the Mediterranean basin.” And Antalya, by their definition, began 2022 “with pleasant numbers”: the number of visitors to Antalya by air in the period from January 1 to April 23 amounted to 1 million 18 thousand 246 people.

Experts recalled that in the past the total number of tourists in Antalya amounted to approximately 9 million people. Moreover, for the first 4 months, when the “covid restrictions” were still in force, the result was rather modest – only 413 thousand tourists. As a result, the increase compared to last year was 147%.

“Only the growth in April was 245%,” Turkish media add. As a result, Antalya is approaching the numbers of the “pre-Covid” 2019 – then the resort received 1 million 204 thousand tourists. “This year is called the year of records in tourism, and Antalya has again approached the numbers of 2019 after 2 years of stagnation. It is expected that tourist activity in the city will continue to grow,” Turkish experts add.

For those who care about a healthy lifestyle, we recommend reading: “Scientists have reported how to deal with constipation.”