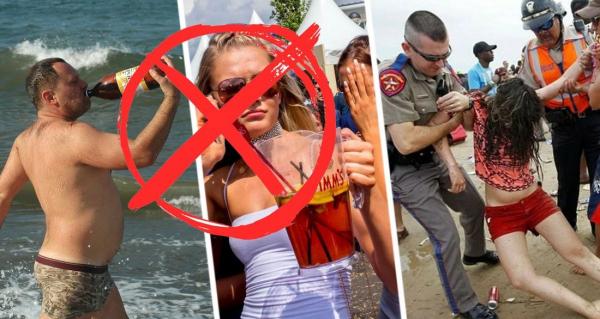 The “magic” of the all-inclusive system with unlimited access to liquor in Turkey seems to have created a reverse trend. The country took second place in the ranking, which was compiled by apologists for a new sect of teetotal tourists with the hashtag “Non-Alcoholic Vacation” – and adherents of such a holiday are starting to come to Turkey. The tag #Alcoholfreeholidays in social networks advertises a new tourist product, which is called Teetotal.

The “non-alcoholic” offer includes various travel options, including beach and sightseeing holidays in different countries. It is promoted, according to Turkish media, on TikTok, where the notorious #Alcoholfreeholidays hashtag already received 86 million views in January.

By tag, for example, you can find out why people prefer “teetotal vacations.” In particular, it literally states: “Holiday drinking can vary depending on where you are going, who you are going with, and what the vacation is for. Drinking on vacation is not for everyone!” And then there is this “tempting offer”: “Traveling without alcohol has a special taste and positive aspects, such as not having a headache the next morning, reducing alcohol consumption and trying to do other activities instead. Tourists say they enjoy alcohol-free vacations as a way to detox, rejuvenate, and enjoy the many other activities that vacations have to offer.”

Admittedly, some find in this “sober rest” advertisement a certain “spiritual affinity” with pamphlets from a movement like Alcoholics Anonymous. However, the authors of “alcohol-free” travel and declare that “sober travel” is also “an effective way to stop drinking.” So tourists who do not have problems with alcohol, “sectarians” can both puzzle and even annoy – despite the temptations of “all inclusive”, most tourists still do not put alcohol and its absence in the first place on their vacation: non-drinkers and they don’t drink like that, but most people prefer a couple of glasses “for romance”.

Although, of course, the appearance of “teetotalers” and the corresponding package offers from the tourist industry of English-speaking countries is quite understandable – especially against the backdrop of scandals, the main “heroes” of which are alcohol tourists, primarily the British. Recall that in the Spanish resorts, in particular, in Mallorca and Ibiza, they are even forced to legally fight against the rampant drunkenness of the British. The maximum fine for drunken antics has been increased there to 60,000 euros. The law prohibits free drinks and discount hours, advertising that encourages the consumption of alcohol, including “two for the price of one” and “three for the price of one.” The law also prohibits the sale of alcohol from 21:30 to 08:00 and this applies to all places where alcohol is sold. A separate item provides for fines for drunken antics, in particular, for “balconing”, which is popular with drunk Britons – i.e. climbing on balconies and jumping from them into the pool. The law provides that tourists who disturb others with such antics are expelled from the hotel and can be fined from 6 to 60 thousand euros, depending on the size of the hooliganism. Read the details at this link.

For those who care about a healthy lifestyle, we recommend reading: “The doctor debunked two myths about the rapid removal of belly fat.”