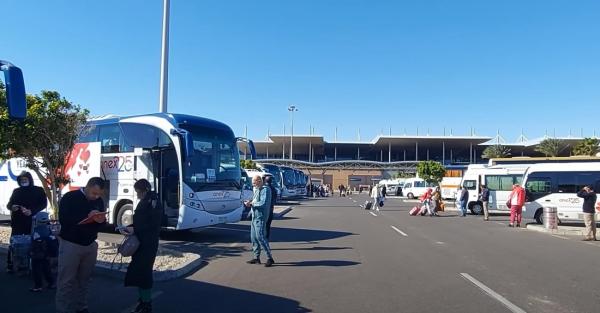 The record number of arrivals at Hurghada airport was announced by the Egyptian media. According to them, for the first time in about six months, 112 scheduled and charter flights from various European airports arrived at the airport on the same day. In total, about 17,000 European tourists arrived on them. The Germans are in the lead, as in Turkey, but the Russians were also counted.

According to the Egyptian media, the last record of daily arrivals was reached in April – and it was higher. Then the airport received 127 flights, and an average of 20 thousand tourists.

As for the Russians, the Egyptian media noted separately that only on Tuesday, Hurghada International Airport accepted 6 flights from various airports in Russia. In total, they delivered about 1,500 Russian tourists – we note that we are talking only about Hurghada. The Egyptians also stressed in a separate paragraph that the Russian airline Aeroflot last Saturday resumed flights from Moscow to the airports of Hurghada and Sharm el-Sheikh. Recall that according to the information of the carrier, flights are carried out daily, read the details on their schedule at this link. Ticket prices range from 40,000 to 70,000 rubles, depending on the date.

Egypt also calculated that at the end of the summer season, Egypt returned to second place among foreign destinations for Russians. Although the volumes cannot yet be compared with the “pre-sanctions” – only 345.7 thousand tourists arrived from Russia.

For those who care about a healthy lifestyle, we recommend reading: “Scientists have found that sugar is not the cause of prediabetes.”