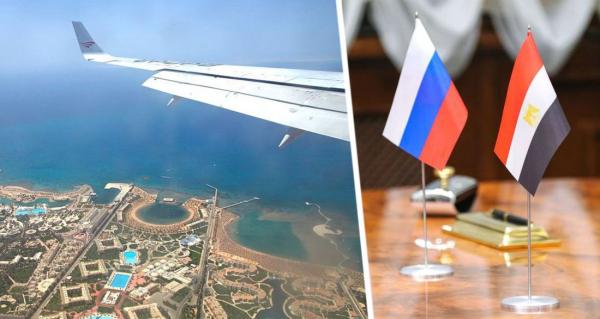 On Sunday, the tour operator TEZ-tour began to export tourists from Egypt. Red Wings carriers are connected to the export, Egypt Air and Corendon flights are also tentatively connected. Presumably, “export” flights will continue until December 21. At the same time, the tour operator continues negotiations with the Federal Air Transport Agency with the aim of continuing the flight program to Egypt from December 20.

“A/k iFly notified TEZ TOUR about the organization of export flights for tourists who stay in the resorts of Egypt due to the forced suspension of the carrier’s flight program in this direction from December 15 to 19. The first flight of Red Wings WZ3042 took off on December 18 at 01:00 local time from Sharm el-Sheikh. It brought more than 400 tourists to Moscow, among which there were about 330 vacationers on the TEZ TOUR line. Also, at about 8 am Moscow time, 70 clients of the tour operator arrived in St. Petersburg on flight WZ3034, ”the press service of the tour operator told the correspondent of the TURPROM infogroup. Another flight departed at 20:10 local time with 360 TEZ TOUR tourists.

“In addition, according to I Fly, our compatriots staying in Egyptian resorts will soon be able to fly to Moscow on Egypt Air and Corendon flights, negotiations with which are at the final stage. In total, about 15 return flights will be required to return all travelers. Departures will be carried out approximately from December 18 to December 21, ”experts of the tour operator said.

“At the same time, I Fly continues to make every effort to coordinate the necessary documents with the Federal Air Transport Agency in order to continue the flight program to Egypt from December 20,” added TEZ TOUR.

Recall that the situation with flights to Egypt began to deteriorate rapidly almost a week ago, from December 13, when Jordan closed the sky for flights of Russian airlines with “dual registration”, and these are mainly “tour operator” carriers.

Pegasus was the first to face this problem, whose tourists were transferred to a Turkish carrier and will be sent to the resorts of Egypt with an intermediate stop in Antalya for refueling. The reason for the change is the closure of Jordanian airspace for Nordwind. We are talking about Southwind Airlines. According to the tour operator, since it is a Turkish carrier, flights to Sharm el-Sheikh and Hurghada will be operated with a stop in Antalya – Turks do not have the right to carry Russian passengers directly to a third country – only with a formal landing in Turkey. “The change was due to Jordan's ban on Nordwind aircraft flying over their country,” the tour operator also explains. Read the details in this TURPROM article.

Further, the TEZ TOUR carrier, the iFly airline, also came under attack. For some reason, the Jordanian aviation authorities require London insurance from Russian carriers. At the same time, iFly is already the second airline – and the second tour operator – forced to solve this problem. According to ATOR, the carriers of several tour operators have already received a requirement from the aviation authorities of Jordan to provide an insurance certificate issued in London and classified A ++ in order to be able to use the airspace of this country. The problem is that on the route to Egypt, Jordanian airspace is critical – it is almost impossible to fly around. Especially for those air carriers that did not go through “debermudization” and did not return the aircraft to the Russian registry.

At the same time, tour operators proposed an original solution – an air corridor to Egypt through Syria. “In connection with the closure of its airspace by Jordan for all Russian air carriers on December 15, 2022, I Fly, which operates regular flights to Egypt on the order of TEZ TOUR, immediately notified the Federal Air Transport Agency (FAVT) and began developing alternative routes. Taking into account the previously imposed restrictions on the Russian Federation by a number of states, the only possible route was found, including a flight in the airspace of the Syrian Arab Republic. The necessary permits were obtained from the aviation authorities of all countries along the I Fly route,” the TEZ TOUR press service told a TURPROM correspondent. Read more about the prospects for flights through Syria at this link. Apparently this decision is now in the process of being coordinated with the aviation authorities.

For those who care about a healthy lifestyle, we recommend reading: “The doctor explained why you get drunk faster from diet cola mixed with alcohol than from ordinary '.