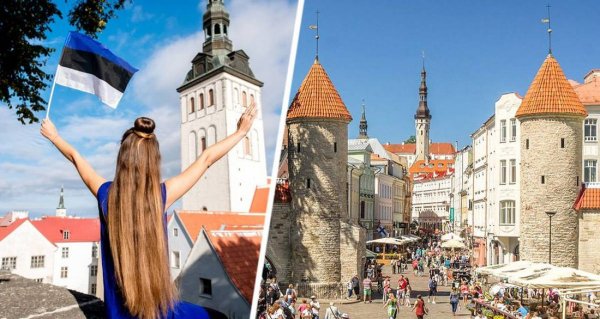 The north-eastern region of Estonia, Ida-Virumaa, which borders Russia in the north and east, and is incredibly in demand because of the therapeutic spa complexes among our compatriots, primarily among St. Petersburg residents, abandoned efforts to attract Russian tourists. Instead, local authorities will promote their sights to Latvian neighbors, Estonian edition of ERR News reported.

According to him, the course for a full-scale replacement of Russian tourists was preceded by a regular vote. Travel agencies and companies in the resort region conducted a survey on whom to focus on: Latvian, Finnish or domestic travelers. Latvia “won” by a small margin. However, experts made a reservation: it is useless to rejoice – Latvian tourists will not make up for the loss of Russian tourism in the county.

“The absent Russians can only be replaced by Estonia's main foreign market, which is Finland. We have already begun work, but the volume of tourists cannot be restored quickly. Today we decided to remove the Russian market from our [target] markets, and in addition to Finland we will work on the Latvian market,” said Ida-Virumaa tourism coordinator Kadri Jalonen. The Estonian national tourism website visitestonia.com already offers the full version of the resource in Latvian.

At the same time, it is not easy to convince the Finns of the attractiveness of the eastern region of Estonia. Earlier, Jalonen explained that there is a geographical “hitch”: the Estonian region is far from Finland (the two countries are separated by the Gulf of Finland), but close to the Russian border.

The Narva Hotel, located in the city of the same name on the border of two states – Estonia and Russia – previously independently made efforts to attract tourists from France, Germany and Scandinavia. And now he spoke in support of a new direction of a source of tourists. “This is a great decision, as our hotel has not taken such steps in the direction of Latvia. With the help of the cluster, we will get new customers,” said Vladimir Aret, director of the Narva Hotel.

During the pre-Covid period, Russian tourists accounted for just over a quarter of all tourists in the northeastern region of Ida-Virumaa. After the start of the special operation of the Russian Army in Ukraine, cross-border tourism in the country fell by almost 90 percent.

For those who care about a healthy lifestyle, we recommend reading: “Scientists have found why krill meat is especially useful for people over 65.”