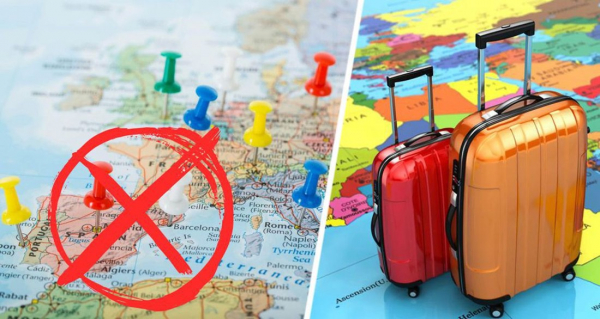 Russian tourists may stop issuing Schengen visas – such a warning was voiced in the Russian Foreign Ministry. The initiative will obviously come from Europe. Ivan Volynkin, Director of the consular department of the department, spoke about such an “admission”. He also added that, for its part, Russia continues to support the preservation of the possibility of mutual trips, but even with the most unfavorable development of the situation for domestic tourists, the Russian authorities will be able to agree on visas “on a bilateral basis with negotiable European countries.”

“The ministry is carefully recording calls coming from Europe to stop issuing Schengen visas to Russians. Most of these statements are made by odious politicians or public figures – Russophobes, and we perceive them accordingly. At the same time, we are already seeing a virtually complete suspension of visa processing for Russian citizens in the consular offices of Latvia, Lithuania, Poland, the Czech Republic and Estonia located in Russia, ”the TASS diplomat quotes.

As a result, in his words, one cannot rule out a “radical degradation of consular relations” with other countries that are members of the Schengen agreement. And in general, “even seemingly improbable scenarios cannot be ruled out.”

Recall that at the moment Finnish visas may be in question: a number of political parties in Finland decided to escalate and demanded that Russians no longer be issued tourist visas. The official position is still for our tourists – that Finland does not plan to cancel the issuance of visas to Russian tourists, the acting official announced. Prime Minister of Finland, Minister for EU Affairs and State Property Tytti Tuppurainen. At the same time, representatives of the leading parties in Finland demanded to stop issuing visas in Russia, following the example of the Baltic countries and other anti-Russian wing of the EU. Prime Minister Sanna Marin herself is on vacation. So it is quite possible that the Finnish authorities' policy towards Russian tourists will soon be adjusted – and not in our favor. Read the details at the link.

“Moscow continues to support the preservation of the possibility of mutual trips of citizens of the Russian Federation and Europe and hopes for the pragmatism and common sense of the EU. But even if we imagine that the hypothetical situation of a complete cessation of the issuance of Schengen visas to Russians becomes a reality, we could count on the possibility of building visa cooperation on a bilateral basis with individual negotiable European countries,” Mr. Volynkin summed up.

For those who care about a healthy lifestyle, we recommend reading: “The doctor named how much watermelon and melon you can eat so as not to get fat.”