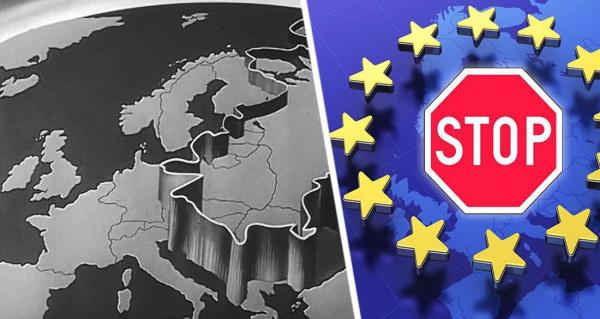 Issues of issuing visas to Russians by EU member states should be decided individually when considering each request, taking into account “political aspects”. This was reported by Interfax with reference to the statement of the official representative of the European Commission (EC) Anita Hipper. Probably, the filters for Russians will be in the form of answers to questions in the visa application form.

“Member states should do this, it is part of their competence. They must evaluate each visa application according to the motivation, taking into account political aspects, internal security or international relations,” the spokeswoman was quoted as saying at a briefing in Brussels on Tuesday.

At the same time, the representative of the European Commission added the following: “Member States must fulfill their international obligations, taking into account humanitarian reasons, visas for their families, journalists and dissidents.”
The official was asked to clarify the meaning of the idea expressed the day before by EU High Representative for Foreign Affairs Joseph Borrell that “banning all Russian citizens from entering is a bad idea.” The head of EU diplomacy proposed to be selective in issuing visas to Russian tourists. In addition, Hipper recalled that the European Commission in May made recommendations on the temporary suspension of the visa facilitation agreement with Russia.

Deputy head of the official representation of the EC Dana Spinant stressed that Borrell had in mind the principle of selectivity in issuing visas . This refers to Hipper's previously mentioned “instructions that apply to certain categories of persons who need to issue visas, even in the case of more restrictive policies at the local level.” It is to these people that the term “selectivity” is applied.

“I also remind you that there will be a discussion at the level of foreign ministers at the informal meeting of the EU Council – Gymnich next week. Member States and the High Representative (Borrel) will discuss different perspectives. As we have repeatedly stated, there needs to be a coordinated approach to this particular aspect,” Spinant added.

Help: On 30-31 August an informal meeting of EU foreign ministers will be held in Prague chaired by Borrell. The meeting was initiated by the Czech Republic, which currently chairs the EU. The goal is to discuss the issue of banning the issuance of Schengen visas to Russian tourists. Russophobic discussions about the possibility of imposing a ban on the issuance of visas to our compatriots began against the backdrop of a Russian special operation in Ukraine. Restrictions in this area began to be introduced by individual countries and did so unilaterally. So, the Netherlands, Belgium, Denmark, Slovakia, Lithuania, Latvia and Estonia stopped issuing certain types of Schengen visas to Russians. The Czech Republic refused to issue visas and residence permits to Russians until the end of March 2023 back in June. From September 1, Finland will reduce the number of permits issued to Russians by 90%.

Earlier, Turprom wrote about another popular tourist destination: “A new window for Russians abroad has appeared, which has become cheaper than Istanbul and Dubai.”

For those who care about a healthy lifestyle, we recommend reading: “The doctor of medical sciences named 8 foods that are super healthy for the liver.”