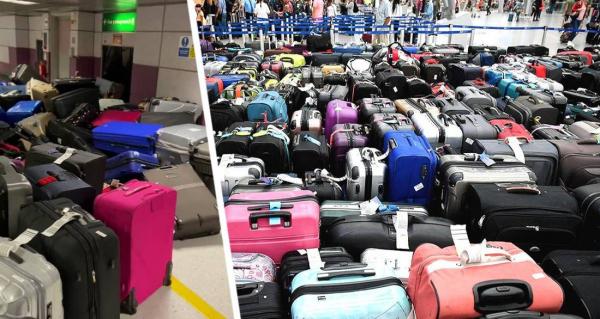 Another “trouble spot” has opened up during the “perfect storm” sweeping through European airports: a sea of ​​unsorted and unclaimed baggage that paralyzes the work of sorting offices and baggage claim belts, and the few employees working there are knocked off their feet , trying to put things in order.

Chaos from suitcases is photographed by tourists. “Flights are being canceled, many at the last minute, tourists are standing in huge queues at passport control. In the meantime, a sea of ​​unclaimed luggage has accumulated – suitcases scattered across the floor and blocking the conveyor belt for further bags from new flights,” tourists from Manchester Airport paint. “A mess from start to finish,” he sums it up.

The reason is the same: staffing problems, flight cancellations, multiplied by massive tourist demand – in the end, huge queues and overload of all systems in the aviation industry are almost throughout Europe. Tourists call the overall situation shameful and urge the government to look into it.

Meanwhile, overworked employees are promising new strikes – airport workers have protested in Italy, railway workers in the UK. All this further aggravates the general chaos – and it will not stop quickly. European tourists, as well as those who travel to Europe themselves, should bet on long-term chaos at airports, which will not only last the entire summer season, but will also intensify in the coming winter. This is how a British Airways pilot described the current situation to an audience of European media, sharing his forecast on condition of anonymity. Read the details here.

For those who care about a healthy lifestyle, we recommend reading: “An expert told how weather changes change sleep and can undermine health.”