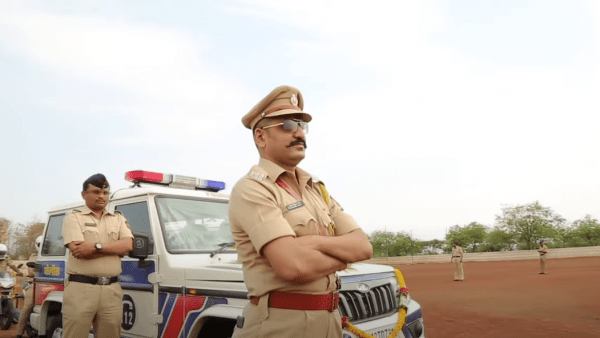 A group of Russian tourists was arrested in India for climbing the sacred mountain Annamalai in the town of Tiruvannamalai last Wednesday. The Hindu publication drew attention to the incident.

Early in the morning, travelers climbed the hill along the same route used by temple employees every year during the Kartigai Deepam festival of lights. It is known that one of the detainees was a 34-year-old Russian, a native of the city of Kamensk-Uralsky (Sverdlovsk region).

Upon reaching the hill, the compatriots used a quadcopter to film videos of the sacred temple city, including the Arunachaleshwar temple. The police arrested all three and took them to the station around 11:00 am. “The Russian tourist has a valid visa, which expires only in October of this year (2023). He has been in town for the past few months and also attended the festival last December,” a forestry official told the publication. As a result of illegal actions, a trespassing case was brought against a group of Russian tourists under the Indian Forests Act, 1927.

Currently, the Annamalai Hills, one of the main places of pilgrimage in India for the followers of Shaivism, cover an area of ​​​​more than 900 hectares and extend over a radius of 9 km. However, tourists, as a rule, are only interested in specific climbing sites.

“Forays” of travelers to the sacred mountain occur constantly, despite the fact that local authorities regard such actions as encroachments on the shrine. At the same time, officials note that it is difficult for forestry officials to control vast protected forests. Tourists take advantage of this and climb the hills. So, last month, a fire broke out at the foot of one of them. A senior Forestry Department official said at the time that intruders set fire to thick bushes in the foothills.

Information: The Tiruvannamalai range consists of seven mountain ranges, including Chippakada, 13.000 hectares. Climbing requires a permit. It is not surprising that tourists strive to get to the top – from there a panorama opens up that is difficult to describe in words.

At the foot of the Adinamalai (Arunachala) hill, which is considered indistinguishable from Shiva himself, is the temple of Annamalaiyara. Every year, during the month of Kartigai in the Tamil calendar, a lavish Kartigai Deepam festival of lights takes place here, during which a giant fire is lit on top of the hill. At the foot of the hill is also the ashram of the Indian guru Ramana Maharshi.

For those who value a healthy lifestyle, we recommend reading: “Scientists have established a favorable diet for pregnant women.”