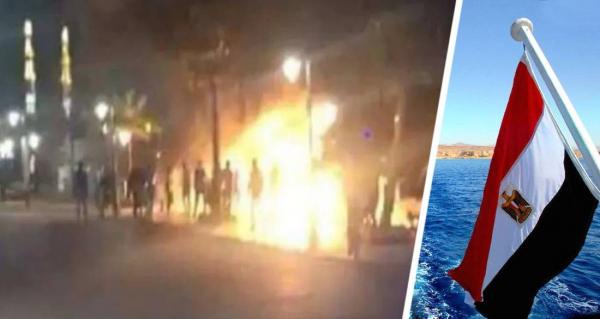 The place is very popular with tourists – and apparently, the authorities feared the consequences of this fire. As soon as the alarm was received by the Red Sea Operational Headquarters, firefighters, a security service and an ambulance service moved to the scene, and “more than one car.”

Fortunately, no amplification was needed: there were no casualties or injuries . The fire was extinguished. Law enforcement agencies are working on the spot, which deal with the cause of the fire.

Recall that in the Mediterranean resorts, in the meantime, hotels are being “attacked” by last year's problem – forest fires. Including the main competitor of Egypt – Turkey. So, recently in the town of Datca (Mugla province), a forest fire quickly spread to the town, residential buildings were damaged, and a hotel also burned down. Read the details here.

For those who care about a healthy lifestyle, we recommend reading: “The doctor named three unusual signs of dehydration.”