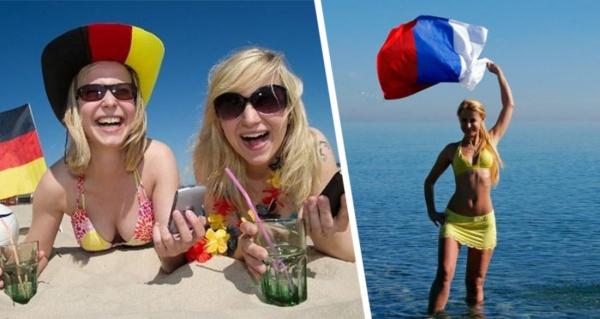 “We have returned to Turkey”, – tour operators from Germany made such a victorious statement on the pages of the Turkish media. Moreover, they expect that at least this year, when Turkey is experiencing problems with the Russian tourist flow due to sanctions, the German market will provide this country with more tourists than the Russian one, pushing Russia out of the first place. Although until this year the German tourist flow occupied only the second place of honor in terms of the number of tourists after Russia.

At the same time, having already called themselves the leader in the supply of tourists to Turkey, the German tour operators stressed that they are “open to future proposals from hoteliers, but will continue to focus on partner hotels with which they have been working for a long time.” This is probably a hint to the “Russian” hotels of the same Kemer resort, which are still thinking about whether they should open.

Turkish media provide the following details and comments from the German side. Tour operator FTI, they write, has entered into an agreement with the budget “daughter” of Turkish Airlines Anadolu Jet to transport tourists from 8 airports in Germany to Antalya. “We are back in Turkey,” commented Thomas Besle, president of the RTK travel agency network. According to him, this year the package resort market in Germany, mainly in Turkey, is experiencing a sharp increase. Norbert Fiebig, president of the German Travel Association (DRV), confirmed his assessment.

At the same time, German experts do not forget to hint about the “failure” in other markets, primarily in Russia and the situation in Turkey in this regard. “Our partners in Turkey now need our support. Travel agencies can support them by selling Turkey more,” Deniz Ugur, CEO of Bentour, said in particular. Turkey has sufficient bandwidth, and an increase in the number of numbers available on the market will further increase sales – the German expert added.

Their forecasts are as follows: the German TUI – whose Turkish “daughter”, Tantur, we recall, is directly trying to block the arrival of Russian tourists – said in the person of his head of sales in Germany, Hubert Klüske, that the tour operator plans to deliver a total of 1.5 million tourists to Turkey, including 500 thousand to the Aegean Sea and 1 million to Antalya.

< p>Other mass German tour operators such as DER Touristik, Dertour, Jahn Reisen and ITS report that sales in Turkey are now 4 times higher than in 2019. DER Touristik Group CEO Søren Hartmann and Central Europe Director Ingo Burmester say the group wants to support Turkey with sales in 16 countries. Moreover, in terms of volume of offers, the tour operator wants to make Turkey the second after Greece in the Scandinavian countries.

For those who care about a healthy lifestyle, we recommend reading: “The physiologist named the best time for sex according to internal rhythms.”