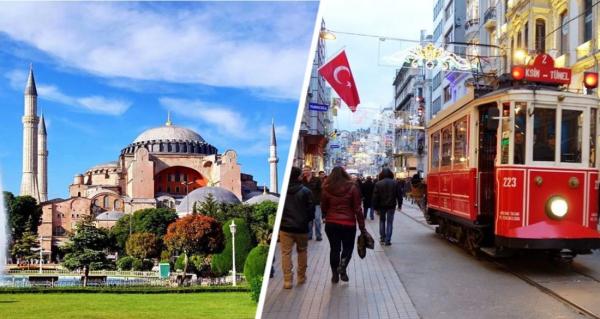 Special options and tools for tourists are planned to be added to the Istanbul City Card – a travel card for public transport in the Turkish cultural capital. The launch of the new program took place on the first of September. In particular, tourists are promised a “guide kit”, an additional pass to museums, and even the ability to use the card as an electronic wallet.

The maps will come with a “guide kit” and popular itineraries around Istanbul, the Istanbul Municipality told local media. Tourists will be offered two types of cards with different options. Including tourists will be offered a daily unlimited pass for a period of one to 15 days, this will affect both public transport and sightseeing buses “hop-on, hop-off”.

In addition, as promised by the municipality, additional options will soon be added to the Istanbul City Card, including entry to city museums, as well as travel on ferry lines between the two sides of the Bosphorus, as well as excursion boats on the Bosphorus. An “e-wallet” option is also being considered, which will allow you to pay at certain supermarkets.

“Using Istanbulkart is the best way to avoid traffic problems in a city notorious for traffic jams and overpriced taxis. The map includes most public transport routes, including trams that operate around Sultanahmet Square, one of the most visited tourist destinations in the city,” the municipality said.

places. Basically, points of sale are planned to be located in places where tourists often visit. The cards will be sold through electronic vending machines.

For those who care about a healthy lifestyle, we recommend reading: How monkeypox is recognized in 2022: real symptoms named.