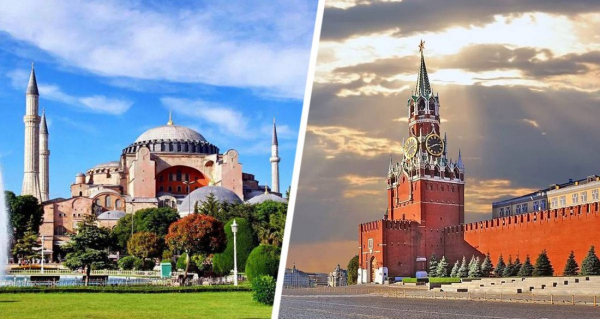 < /p> Moscow bad weather “caught up” with tourists in Istanbul: on the weekend, the “cultural capital” of Turkey was covered with heavy rainfall with a powerful storm. At the same time, tourists are warned that until the weather stabilizes, heavy showers await Istanbul until July 14.

As stated by the Turkish Emergency and Emergency Management Authority (AFAD), Istanbul was covered with showers and storms over the weekend, the city was also covered by a prolonged thunderstorm – experts counted over 7 thousand lightning flashes (!!!). 10 injured people had to be evacuated. Traffic has also been completely halted in many areas, including the popular tourist area of ​​Taksim. Houses and offices on the first floors were flooded in some areas.

On Monday, the weather returned to normal, but tourists are urged not to relax. A new storm front is expected to arrive in Istanbul on July 14.

Recall that in Moscow on Sunday the elements distinguished themselves – a hurricane, a thunderstorm and storm gusts of wind that reached a speed of 25 meters per second. Only in the capital, 225 trees were felled. Alas, there are also casualties – 18 people received injuries of varying severity and two people died. Among the victims there is a 4-month-old child – according to TASS, a tree fell on a mother and baby waiting for the rain in the Hermitage Garden in a summer cafe, the baby received a head bruise, his condition was recognized as satisfactory, the woman has numerous fractures.

For those who care about a healthy lifestyle, we recommend reading: “Scientists have identified bacteria that suppress the occurrence of colon cancer.”