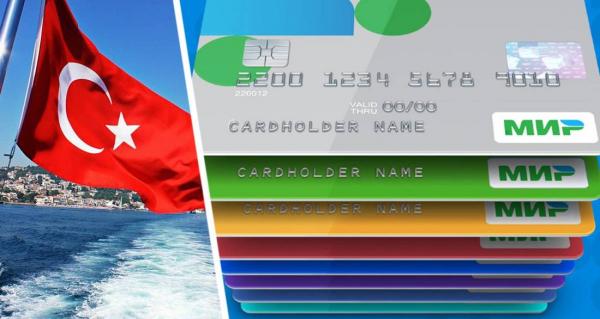 The story of Mir cards and the ability to pay with them in Turkey is gaining momentum. While the media are supplying conflicting “hype” stories about which Turkish banks have closed its use, and the Turkish authorities “at the suggestion” of President Erdogan are trying to develop an alternative system.

Another discussion of the topic with the “Mir” cards started on Tuesday evening. Several sources at once – both the Turkish newspaper Yenicağ and the international Bloomberg published information that three state-owned banks – Ziraat Bank, Vakıf Bank and Halkbank – stopped servicing the Russian Mir payment system. All sources cite a “high-ranking Turkish official” and state that “US sanctions warnings” were the reason. The Turkish publication also stated that this move would deal a serious blow to trade with Russia, and primarily to tourism.

True, in the morning it turned out that Vakıfbank and Halkbank stated that they had not received notifications from the authorities about the suspension of work with the Russian Mir payment system, and operations were ongoing. Although the banks do not exclude that they may soon receive such an order. Branches of Ziraat bank in Istanbul also continue to use the Russian Mir system, they have not received notifications about the termination of its work, the RIA Novosti correspondent added from the field.

At the same time, after the meeting last Friday, it was announced that in Turkey in fact, they came up with a way to circumvent the sanctions imposed on the Russian Mir payment system. It remains the case for the implementation of this method, which will require investments. As the experts suggested earlier, the main proposed solution is through subsidiary banks or other financial shell companies that will deal exclusively with servicing MIR cards to circumvent sanctions. Read the details here.

For those who care about a healthy lifestyle, we recommend reading: “The doctor revealed the pros and cons of the keto diet.”