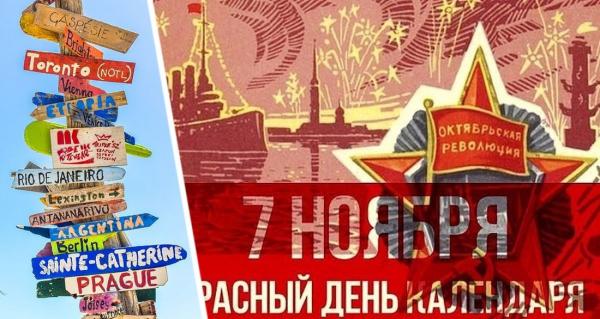 Next week, tourists will have the last “long weekend” of the year. In honor of the national holiday – National Unity Day, the working week will be one day shorter than tourists who want to make a short trip can take advantage of.

Working days from the beginning of November will be the days from November 1 to November 3, and officially Thursday , November 3, is a pre-holiday day, on which the duration of work is reduced by one hour.

Recall that according to the statistics presented, tourists mainly use short tours for short trips. For example, according to the “railway” statistics of the Tutu.ru service, about 95% of trips are planned in Russia, and only 5% abroad, and mainly to Belarus. The average check for a ticket in Russia is 2,669 rubles one way, abroad – 3,266 rubles.

The first place in terms of the number of trips was taken by the route between Moscow and St. Petersburg – the share of routes between the capitals accounted for 13.4% of tickets among all purchased – significantly higher than in any direction. The average check is at the level of 3,134 rubles one way. In second place is the direction Moscow — Nizhny Novgorod with a share of 2.3% and an average check of 1,813 rubles one way. The route Moscow — Kazan closes the top three, an average of 3,035 rubles is paid for a ticket.

In fourth place, by the way, was the resort route Moscow – Simferopol, one of the most expensive. The average ticket price is 5551 rubles. It accounted for 1.7% of the purchased tickets. This is also followed by southern directions – these are Krasnodar – Adler, Moscow – Rostov-on-Don, Moscow – Krasnodar. According to experts, their average share has grown – tourists, due to the closure of airports, have partially switched to trains. Also in the top 10 included excursion routes with respect to the near radius – these are Moscow – Yaroslavl, Moscow – Voronezh and St. Petersburg – Pskov. Read more about these and other routes at this link.

Tourists who have gathered abroad are warned that the majority of visa centers also observe official Russian holidays. On Friday, November 4, the visa centers of European countries will not work either for pre-appointment for the submission of documents, or in order to pick up a ready-made passport. And some do not work not only on November 4th. The consular section of the Hungarian Embassy is also closed on October 31 and November 1 due to national holidays, a similar situation with Slovenia. Slovakia and Croatia also have a non-working day on November 1.

For those who care about a healthy lifestyle, we recommend reading: “The urologist named 8 reasons for frequent visits to the toilet and when to see a doctor.”