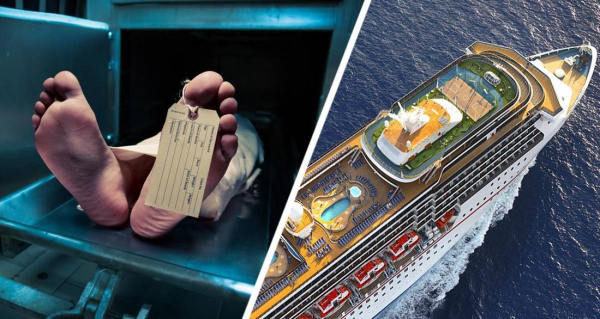 Cruise ships have creepy rooms that tourists would never want to enter, according to a TikTok blogger Lauren from Australia, who previously worked on a cruise ship. Carefully disguised from tourists on decks they never visit, she says, every cruise ship has its own prison and its own mortuary. In addition, all sorts of superstitions “work” on some ships – for example, you will not find deck number 13 there.

As the blogger said, revealing the “creepy secrets of cruise ships”, there are things on board that no tourist knows. “It's a little creepy – but on board large liners there is a morgue, and there is a prison. When we worked on the cruise ship, we actually saw a dead body being loaded into the morgue. Of course, none of the tourists saw this, but it's really creepy, ”the blogger assures.

She also assured that a tourist who violates the order on the liner or is caught in some kind of crime – such as a fight, intentional damage to the property of the liner or theft – runs the risk of getting acquainted with another secret room – most cruise ships have their own prison. “If a tourist on board the ship does something seriously wrong, the security just locks them there,” Lauren said.

She also added that many cruise lines display a variety of superstitions – for example, the Carnival cruise ship , where she worked, did not have deck 13. “Carnival does not have a deck 13, because it’s such a superstition,” the blogger said.

According to her, the mortuary situation scared her so much that she “ didn't want to work on a cruise ship anymore.” I must say, among the commentators there were also frightened ones who say that if they knew all this, they would never go on a cruise. Others comment with dark humor: “I thought that if someone died on board, they would just be thrown overboard,” writes one user.

For those who care about a healthy lifestyle, we recommend reading: “Doctor of Medicine Reveals the Harms and Benefits of Chewing Gum.”