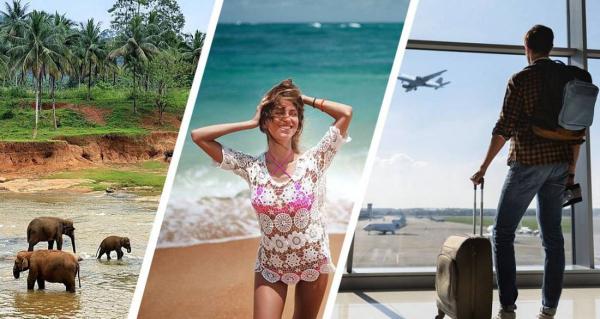 “I urge Russians to visit Sri Lanka, not European countries, and spend their money here,” – such a quote from the Russian new ambassador to the country, Levan Dzhagaryan, was published by the Sri Lankan newspaper Daily News as the front page of its exclusive interview with the Russian diplomat. He separately touched upon the fact that the problem with flights that arose after the June situation with the Aeroflot airliner was promptly resolved by peaceful means. At the moment, the problem has been solved, flights are flying, and Russians are being urged to “fly to Sri Lanka and spend their money here.”

Tourism will become one of the possible items of Russian investment in Sri Lanka – and in this series, by the way, Mr. Jagaryan mentioned fuel purchases in Russia, which are being negotiated with the Russian Ministry of Finance, investments in industry, ports and shipping and other investments . “New oil”, which many countries consider tourists, has also taken an important position.

“Russia has secured the first place for the arrival of tourists to Sri Lanka. Now, for well-known reasons, Russians cannot go to Europe, and I personally consider this an advantageous circumstance. I urge Russians to visit Sri Lanka, not European countries, and spend their money here,” the Russian ambassador said. He called on the Russians to “visit this paradise island and enjoy its beauty and hospitality”, and added that his call would not go unanswered: “Two days ago I was in Halle, I saw a lot of Russians there.”

For for those who care about a healthy lifestyle, we recommend reading: “The doctor named the 5 best substances to maintain immunity.”