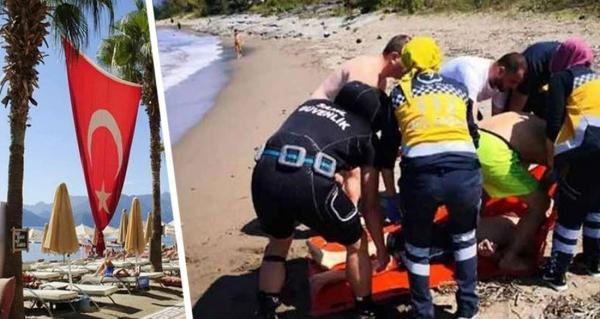 Turkish media wrote about another tragic case with a Russian tourist. Tourist Konstantin O., 39 years old, drowned in Antalya, in the resort of Kemer.

According to the details presented, the tourist drowned on the beach of the hotel where he stayed. At the same time, as the Turkish media write, the rescuers realized that the tourist was in danger and lowered the lifeboat, which took the Russian tourist ashore. First aid was provided by the hotel's doctors who arrived at the scene, then the tourist was taken to the nearest hospital.

But, unfortunately, the help was late. Despite all interventions, the tourist died in the hospital. An investigation has been launched.

Let us recall that just a few days ago, during a vacation in the resort area of ​​Serik in Antalya, a Russian traveler suddenly died. The cause of death was a heart attack, which caught the man at the pool of a 5-star hotel. The incident took place last Wednesday evening at a 5-star hotel located in the tourist center of Belek in the Serik area. According to Gunhaber, a traveler on vacation in popular Antalya suddenly became ill while relaxing by the hotel pool. Read the details at this link.