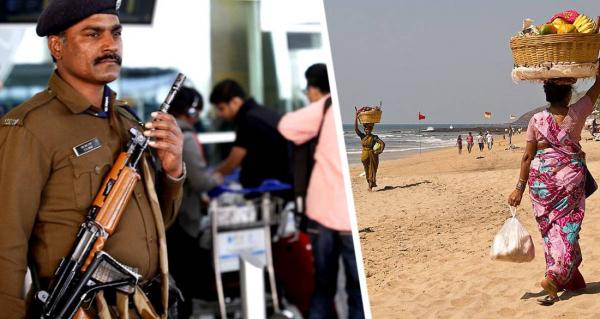 “Heartless reception” was waiting for a Russian tourist right at the Mumbai airport. The girl “wildly” did not like the surroundings, which reminded her of Egypt, and the reception that awaited the Russians. She told the details on the Yandex.Zen channel.

The girl flew to Mumbai from Dubai, on board the plane were exclusively Indians who were returning home from earnings in the UAE. Already on the approach, the traveler realized that there was a tense situation with electricity in the country – the lights were not as bright as in Dubai.

“Saving, in a word. And I already feel deja vu. I think that Egypt and India will compete with each other, where is poorer, dirtier, tastier food and friendlier people,” she said.

In general, the Mumbai airport seemed to her spacious and “in good condition.” However, she drew attention to some unpleasant moments.
The airport greeted the tourist with a dusty carpet, which reminded her of an old carpet with dust mites, “as if it had never been vacuumed, never beaten, never cleaned.”

In addition, she “wildly disliked” border control. “It is long, which is supposedly good, but only for locals. They didn't have to wait for their turn, they just went to the booths. But we were driven from rack to rack. If only some designations were put – “foreigners”. I will never forget the face of the Hindu border guard, with what reluctance he sat in this booth. I heard that the local people are very friendly. But for this guy, I wouldn’t say so,” the turblogger wrote and added that the employee had terrible English, so “his questions to us made him suspicious.”

The girl said that could not answer any of the questions asked, tk. I didn’t understand anything from his speech: “It was as if I stuffed rice into my mouth, but forgot to swallow it. And he refused to repeat the questions. He also did not immediately put a stamp on arrival, supposedly his system went astray there. So I stood and waited while the border guard who met me cooled off somewhere. This is how we are heartlessly greeted in India.”

Earlier, Turprom wrote that “Like bandits from the 90s: a Russian woman first came to Sochi after Turkey and was surprised by the “cartoon” contingent of tourists.”

For those who care about a healthy lifestyle, we recommend reading: “Scientists have established how many eggs you need to eat in order to have a healthy heart.”