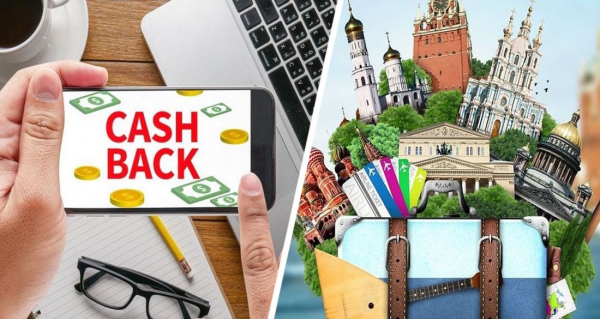 On August 25, a new stage of tourist cashback started in Russia: sales on it began on the night of Thursday, August 25, and will not last long – only until September 10. In fact, the Russians began to distribute money, and we are talking about the amount of ₽3 billion, because with this action each participant can save up to 20% on travel. At the same time, the promotion is valid for tours starting no earlier than October 1 and ending no later than December 25. Cruises can be purchased with cashback until the end of navigation. Tour operators and travel aggregators have already presented tours for this program.

“The high summer season is coming to an end soon, and autumn and winter travels will come, which have their own advantages. To make trips in the off-season more affordable, we are launching the next autumn stage of our most popular tourist cashback program,” said Zarina Doguzova, head of Rostourism.

According to the Federal Tourism Agency, there are several changes in the program. Now the program includes trips from 3 nights, which still allows you to go on weekend trips. An increased cashback is also being introduced for trips to the regions of the Far East – where tourists will be able to get back 20% of the cost, a maximum of 40 thousand rubles. The rest of the program conditions remain the same. All regions of the country participate without exception, and you need to pay for a trip or a hotel with a MIR card previously registered in this program.

At the same time, the Federal Tourism Agency warned in advance that if the amount planned by the state for cashback is selected ahead of schedule, the program will be stopped ahead of schedule , and if the money suddenly remains, then they will extend it. 3 billion is planned for it, and, recalling the rush spring demand, I advise Rostourism not to postpone the purchase. According to forecasts of the department, at least 600 thousand tourists will be able to use the program.

To purchase, as before, it is enough to select a suitable offer within the program online, pay for the tour with a MIR card registered in the loyalty program of this payment system. Cashback will return to this card automatically within 5 days. By the way, we note that the program captures the southern regions, and tourists manage to “capture” the edge of the summer season – the so-called velvet season.

In particular, the tour operator Fun & Sun (former TUI) said that one of the first sold tours was a tour in Sochi. Join the program and other major tour operators. Pegas, for example, announced tours to St. Petersburg from 20.4 thousand rubles, to the Krasnodar Territory from 20.5 thousand rubles, as well as to such non-trivial destinations as Dagestan, Orenburg, Bashkiria, etc. He announced his participation in program and Anex Tour.

Cashback programs were also supported by travel aggregators — in particular, Travelata reminds tourists that the promotion is valid from 00:01 on August 25 to 23:59 on September 10, 2022 Moscow time for tours and hotel reservations lasting from 3 nights. Travel must take place between October 1 and December 25, 2022. And he urges not to miss the profit.

We add that the TURPROM editors recommend choosing a tour with an autumn cashback from any major Russian tour operator at guaranteed best prices in one of the well-known online package tour aggregators: ✈ here is a direct link to Level .Travel and here is ✈ a direct link to Travelata. These online agencies aggregate absolutely all tours of all Russian tour operators, which allows tourists to conveniently compare them and choose the best tour packages. The selected tour can be booked immediately, receive instant confirmation and pay online through a secure banking gateway and receive documents. Or you can just look at and compare the current prices for tours from all tour operators at once.

For those who care about a healthy lifestyle, we recommend reading: “Scientists have found a way to reduce alcohol consumption.”