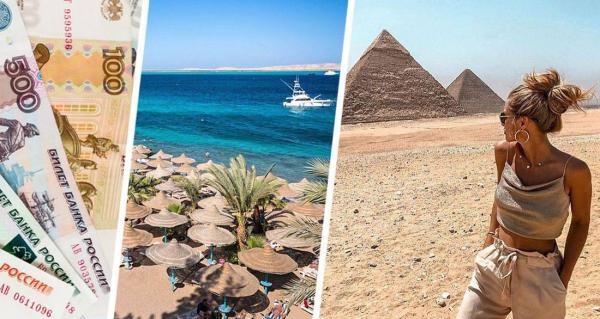 many thus may be left without a convenient tool to control their finances. Compatriots reported this on thematic forums and in social networks. In particular, a Russian woman in her Yandex.Zen channel said that the failure of Sberbank online was recorded not only in the country of pyramids, but also in other countries, which caused a stir among vacationers and suspicion of a “real” shutdown, as happened earlier with plastic cards.

“Some kind of technical failure, due to which it was impossible to enter the application outside the Russian Federation. Some have tried with a VPN, but not everyone has succeeded either,” she clarified and added that attempts to load the application beyond the start page were in vain.

The author said that the vast majority of Russians in Egypt, after the withdrawal from the use of “plastic”, no longer use ATMs to withdraw cash, but change rubles for Egyptian pounds and back at the “Google exchange rate” among themselves, it's more profitable. To do this, they use a mobile application. And it is for them that disabling online transfers can become a serious problem. Recall that the last time a massive failure in the work of Sberbank services was recorded in July this year. At that time, users could not log in to the system.

“In general, it's all rather sad – the money seems to be yours, but whether you can get it is up to the bank to decide. I know many examples when accounts were blocked for a variety of reasons … Out of fear, just in case, I changed cash back in September. Now I think I did the right thing. The card, of course, is a convenient thing, but not always reliable. And at such moments you understand that there is nothing nicer than the good old cache,” the blogger noted.

“Let's hope that it really was a small technical glitch, and we got off with a slight fright. I really don’t want to believe that this is how we are being prepared for a real shutdown, ”the Russian woman expressed hope.

For those who care about a healthy lifestyle, we recommend reading: “The Russians were called houseplants that improve brain function.”