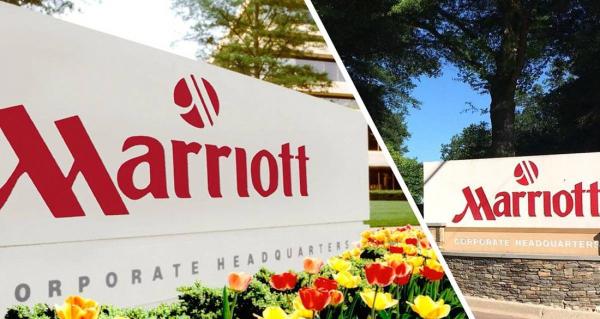 < /p>The international hotel operator Marriott International, which manages more than 7.5 thousand hotels in 131 countries of the world, including luxury five-star hotels Ritz-Carlton, Belmond, Four Seasons, announced that it is completely curtailing its activities in Russia. The decision was influenced by the EU, the UK and the US, whose sanctions made it “impossible to continue the activities of a company or franchise” in Russia. The company made the announcement on its website on Friday.

“We have concluded that the new sanctions (against Russia) announced by the US, UK and EU will make it impossible for Marriott to continue operating or hotel franchises in the Russian market. In this regard, we have decided to suspend all activities of Marriott International in Russia,” the statement said.

However, Russian tourists will not lose their hotels overnight, because. shutting down a network within a country is a labor-intensive process. In the message, the management indicated the need to take care of employees in the territory of two countries – Russia and Ukraine. To do this, the American hotel chain has allocated $1 million to help employees move, for medical and legal support. Plus another $ 2.7 million, which she sent to help refugees: she hired more than 250 Ukrainians in 15 European countries, 85 hotels of the chain provided them with housing. “The conflict in Ukraine, now in its fourth month, has had serious humanitarian, socio-economic and global consequences,” the company also said in a statement.

Managing company of the Marriott hotel chain, which has been building business in Russia for 25 years, on March 10, announced that it had closed its corporate office in Moscow and stopped investing in the development of the Russian network. At the same time, she announced that hotels in Russia belong to third parties and the company continues to evaluate the possibility of keeping tourist facilities open.

Earlier, due to the coronavirus pandemic and the fall in international tourist flow, Marriott is the organization that manages the world's largest hotel chain , – ended last year with a net loss of $267 million. The network recorded a “minus” for the first time since 2009.

For those who care about a healthy lifestyle, we recommend reading: “Hair and teeth fall out, skin wrinkles : the professor named the gland, due to the extinction of which a sharp aging of a person occurs.