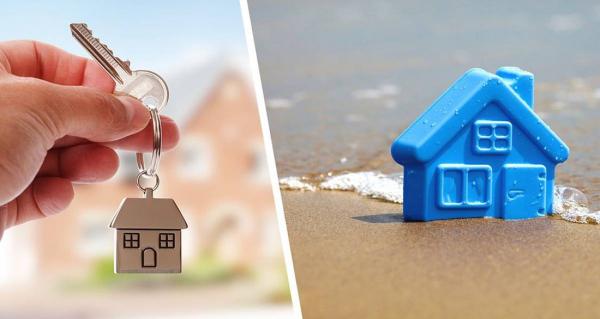 The Russians, left without the opportunity to purchase residential property in European countries, rushed to buy it in tropical Thailand. In 2022 alone, the demand of compatriots for Asian apartments by the sea increased several times, especially in the second half of the year. However, in the overall annual standings, the Russians are only 4th.

This year, the “kingdom of smiles” for the first time made it into the top ten foreign destinations most in demand among Russians for the purchase of real estate, Priam.ru reported. Along with Turkey and the UAE, Thailand has seen a surge in home buying interest this year.

However, our compatriots are far from the Chinese – the leaders in terms of home purchases in the kingdom. Among all foreign nationals, Chinese residents have bought the most apartments in Thailand this year, according to The Thaiger, despite the difficulties associated with Beijing's strict Covid-19 restrictions. And now that anti-COVID measures have finally begun to ease three years later, the pace of buying is likely to pick up. For details, read the article “The countries where millions of Chinese tourists will flock after the imminent opening of the border have become known.”

Note that in the kingdom, foreigners are allowed to own only 49% of apartments in any condominium building. The remaining 51% must be owned by Thais.

Although fewer Chinese have bought apartments in Thailand this year than in previous years, Chinese owners still dominate the overseas condominium market, accounting for nearly half of all apartments purchased by foreigners in the first 9 months of 2022.

< p>Everyone wants to go to the sea

The Thailand Property Information Center (REIC) revealed that 7,290 condominiums were transferred to foreign ownership between January and September 2022.

Let's list the main buyers of Thai apartments in 2022:

One anomaly is Myanmar, ranked 5th. For comparison: from 2018 until recently, she was not even in the top 10. As the publication explained, Burmese citizens continue to leave the country, fleeing the arbitrary killings and torture of civilians, which the military junta has continued to carry out since they came to power in the country in a military coup in February 2021.

On the other hand, from January 8, the date China officially lifts its Covid-19 restrictions, the Chinese are expected to buy even more apartments in the kingdom.

Thailand's real estate purchase statistics changed in the third quarter this year. In total, in the first six months of 2022, 4.433 houses were bought by tourists from the following countries:

For those who care about a healthy lifestyle, we recommend reading: “Doctors named 5 signs when visiting the toilet that indicate a deadly disease.”