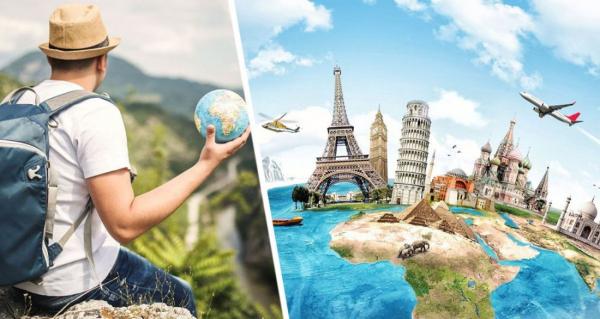 Attempts to isolate Russia will seriously change world tourism, and countries interested in tourism, especially in Asia, will again have to survive. So, the Russians were in first place, for example, in Thailand – this was shown by the numbers from February 1, 2022, when the Thai Pass Test & go. Despite the measures taken – that is, a 2-day stay in a booked hotel with SHA + and PCR tests, as well as $ 50,000 Covid insurance, Russian tourists were ready to travel. Now, although Thailand is not closed to Russian tourists, only a few flights have been saved.

At the end of February, after the start of Russia's special operation in Ukraine, the rate of cancellations of bookings by Russian tourists around the world skyrocketed. CNN says the numbers are: “The cancellation rate between February 24 and 26 was as follows: Cyprus (300%), Egypt (234%), Turkey (153%), UK (153%), Armenia (200%) and Maldives (165%).” Also, according to overseas experts, bookings for March, April and May previously reached 32% of the pre-Covid level of trips for outbound Russians, now they have also collapsed.

Despite the repetition of the already familiar “mantras” about “brutal economic weapons” and “deadly economic blow against Russia”, CNN experts are still forced to admit that Russia’s isolation will result in significant losses for world tourism. “For countries such as the Seychelles, Maldives and Cyprus, arrivals from Russia accounted for a high percentage of all international arrivals. In Thailand, the Russian market is about 8% of the total number of tourists. The immediate future of travel to Thailand, with no Russian and Chinese flights – and the need for Europeans to fly around Russian airspace – looks bleak. And this follows almost 2 years of border closures,” they say. Also, the global tourism industry will be further affected by rising airfare due to the sharp rise in oil prices, the cancellation of routes in Eastern Europe and, in general, the fact that the potential tourist is scared of everything that is happening.

For those who care healthy lifestyle, we recommend reading: “Scientists have named a toilet symptom that says that something is wrong with the head.”