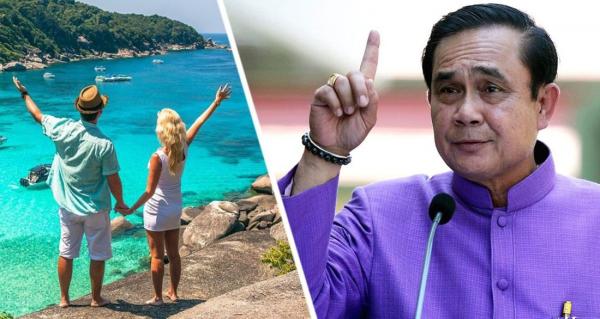 A further easing of anti-covid measures and the transition to an “endemic phase” was announced at the latest meeting of the Thai Covid-19 Situation Authority, or CCSA for short. According to a statement from the Thai operational headquarters, a new system is being introduced in the country, designated as “U2” and “3Por” – the first implies universal prevention and vaccination, the second – a sufficient number of beds, a sufficient number of medicines and a sufficient number of medical personnel. This will affect tourists in terms of some of the measures that the Thai medical authorities persist in maintaining – in particular, the mask regime. In addition, there are disputes over the restart of Thailand's entertainment infrastructure. At the same time, the fate of the last barrier for tourists – the Thailand Pass – will be tentatively discussed at the CCSA meeting on Friday.

“Nightclubs are strongly advised to strictly adhere to infection prevention measures in order to keep Covid-19 rates low,” the Thai Operational Headquarters said in particular. Representatives of the center mentioned that Prime Minister Prayut Chan-o-cha insists that public safety is still a priority.

“The government sees mask wearing as a critical tool to achieve stability in its efforts to revive the Thai economy, so any further easing of restrictions should be carefully considered,” officials said. They confirm that among the recommendations being discussed will be color-coded adjustments to the Covid concept and relaxation of rules for nightclubs – however, this does not mean that the entertainment industry is waiting for relaxation.

As for the hated mask regime, so far from the outside Thai officials sound general statements. The Ministry of Health has a detailed plan and timeline for when and how to implement the lifting of face mask requirements and labeling the coronavirus as an epidemic outbreak, they say.

For those who care about a healthy lifestyle, we recommend reading: “Scientists have established that bed bugs can cause mental illness in humans.”