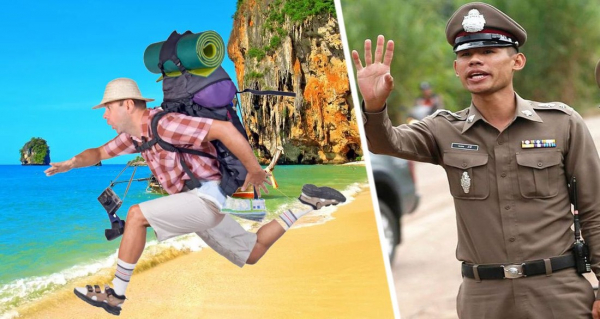 In Thailand, with the return of tourists, scammers also returned, who began to profit from them. Tourists have been warned that on Bangkok's popular walking street, Khaosan Road, tourists are caught on a typical wiring with a “lost” wallet. At the same time, the police actually protect the scammers.

As the injured tourist complained to the local media, the essence of the wiring is as follows. He found the wallet “laying peacefully next to a lamppost” and, like an honest man, wanted it back. At the same time, the tourist discovered that there were 1000 baht in the wallet. It was too late to hand over the wallet – the tourist says, in the end he kept it until the morning, when the “hostess” showed up. And then, according to the tourist, everything changed for the worse: the woman began to demand the remaining 5-6 thousand baht, which were allegedly in her wallet. The dispute escalated and the police were involved.

In the police, the tourist unexpectedly found out that because of this good deed, he was on the hook of the owner of the stolen wallet. The police not only did not attract the scammer, but also informed the tourist that, despite his protests, he could be prosecuted for the theft if he did not pay the money. According to the tourist, he was in shock due to the fact that the police sided with the woman and treated him like a criminal for trying to help. He could not prove his rights – he had to pay the requested amount to the fraudster. After that, he complained to the media.

Sellers of the popular tourist destination confirmed that this is not the first time they have heard about this scam. It is aimed at international travelers in a busy tourist area. The victim is not the first tourist, and many are turning to the police and authorities with a request to take measures to prevent this and other fraudulent activities and not to drop the image of the city in the eyes of tourists. In the meantime, they are advised to think twice before taking a lost wallet on the street.

For those who care about a healthy lifestyle, we recommend reading: “The doctor advised a common vegetable to prevent a heart attack.”