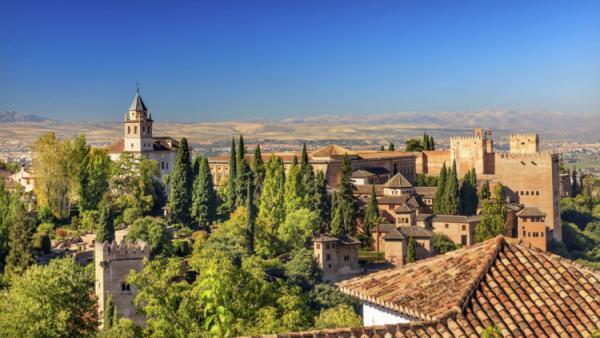 Andalusia is a community of eight provinces located in the south of Spain, with a rich ancient history and many incredibly beautiful and interesting places. Many tourists confidently claim that by visiting the sights of Andalusia, you can truly get to know Spain. Indeed, a huge number of beautiful monuments, museums, castles, located on the territory of eight provinces of the southern part of the Spanish state, reflect in detail the most interesting local culture and history. For example, it is here that you have the opportunity to get acquainted with the masterpieces of local architecture, which are located in Cordoba and Seville. 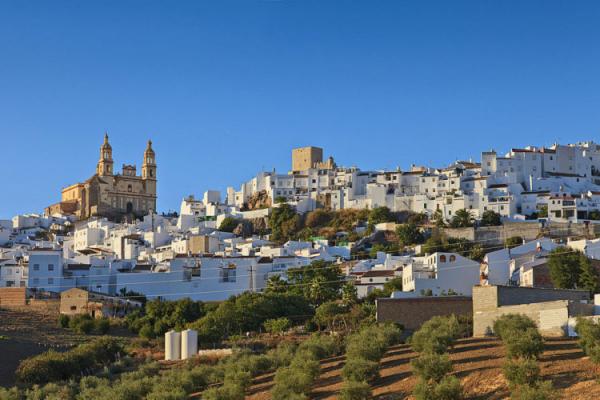 The city of Olvera in Andalusia Tomás Fano

The Alhambra is the most famous landmark of Andalusia

One of the most famous sights of Andalusia, which can be easily found on any map or guide to Spain, is the Alhambra Palace, built in the 14th century. The size and beauty of this unique masterpiece of architecture will not leave indifferent any of the visitors to this tourist attraction. Undoubtedly, this is the most beautiful monument of the ancient times of the rule of the Mauritanians in the territories of the Pyrenees. The Alhambra, which means “red castle” in translation, is located on a hill, which is located near the banks of the Darro River, so that the castle rises epicly above the city. Despite all the attempts of the Spaniards to influence the structure of this building, the Alhambra in any case remains the standard of Islamic culture. 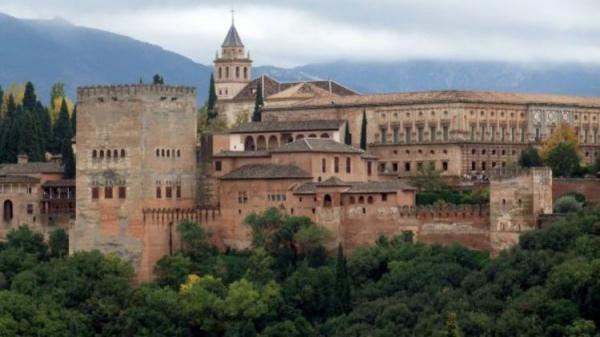 On the territory of the castle there are a considerable number of courtyards, fountains, passages of incredible beauty that create a picturesque view, which is why many tourists fell in love with these territories for creating magnificent photographs. Also, tourists are attracted by the interior of the building, made in the most beautiful Islamic style using wood and stone carvings. Today the Alhambra is the most visited point in Spain. Each of the components of the palace complex is more beautiful than the other. This is Mexuar, which was previously a building for audiences and a chapel, and the Myrtle Courtyard, and the Lion's Courtyard, and a huge number of halls. After viewing the photo and description of this attraction of Andalusia on the Web, you will not remain indifferent to such beautiful places.

Fountain of Lions at the Alhambra in Granada, Andalusia LANOEL

Feel the atmosphere of Andalusia in this beautiful video!

Mesquita is a landmark in Andalusia with an interesting history

Back in the 13th century, one of the world's largest mosques at that time, Mezquita, was nicknamed the Catholic Church, due to the victory of the Reconquista. A huge number of interesting historical facts are associated with this place, therefore, those interested in the facts of the Middle Ages should definitely visit the Cordoba Cathedral Mosque. It is advisable to use the services of a guide, as this will allow you to get acquainted with the mass of historical events that once took place in this place. 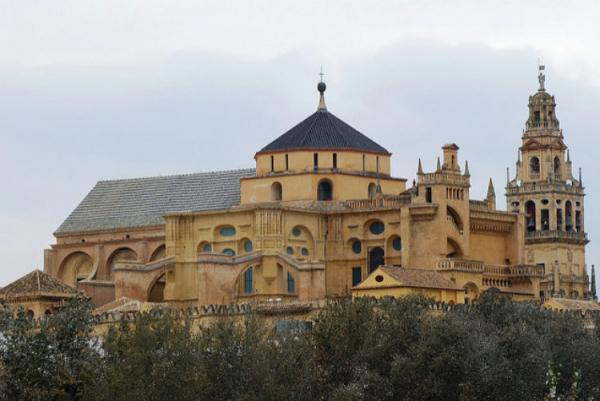 What to see in Andalusia: museums

When visiting the southern provinces of the Spanish Autonomous Community, you should definitely look into the local museums. One such place is the Federico Garcia Lorca Museum. This is one of the most famous and prominent personalities of Granada. Here you can get acquainted with paintings, manuscripts, photographs and many other authentic documents of Federico Lorca and other equally outstanding personalities of this era. Here you can also find paintings by the well-known Spanish painter Salvador Dali. 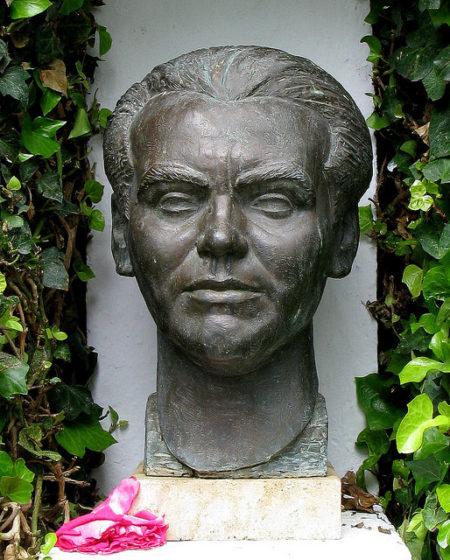 Having visited the Museum of Federico Garcia Lorca, one should not neglect the opportunity to visit the Museum of Manuel de Falla. This is a little-known but very talented musician who lived in Granada. The house where Manuel de Falla lived allows every tourist to enjoy the real atmosphere of that time and get acquainted with the personal belongings of the musician, interior items and musical instruments.

Also, don't miss the Alhambra Museum, which was once located in the possessions of Carlos V. Here you can get acquainted with the variety of collectible exhibits that belonged to to the days of the Moorish civilization, the Nasrid dynasty.

Those wishing to feel the Renaissance should not pass by the House of Shots museum. This palace with its history and architecture goes back to the distant 16th century. The name of the museum refers to the musket barrels that protrude from its facade, which gives the palace a magnificent and breathtaking appearance. What is impressive is that on the facade of the building you can see the statues of Mercury, Hector, Hercules and many other famous people. However, the outer appearance of the palace is not all that can attract your attention. Inside, you will be intrigued by the portraits of the monarchs of the Catholic Church (Ferdinand, Isabella and many others). The attention of tourists is always attracted by the golden hall, here it is better known as Cuadra Dorada. It has such a name due to the fact that the hall is decorated with letters and portraits made of pure gold. Also here you can find a lot of different photographs, engravings and century-old lithographs of the late 19th and early 20th centuries. 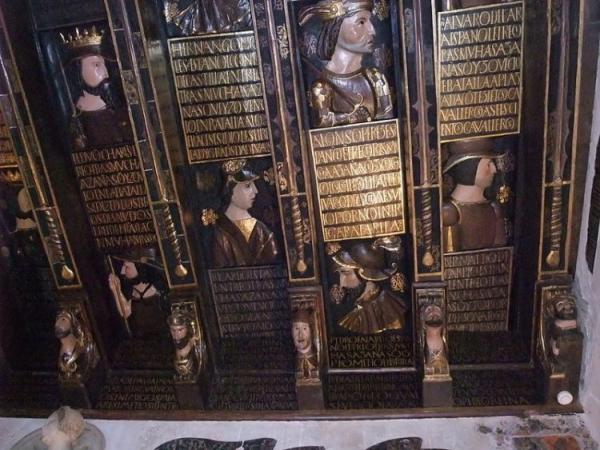 A special building here, which you definitely cannot pass by, is the Torre del Oro, or as it is also called the Golden Tower. This building is located in Seville and is its main symbol. The Golden Tower is located near the Guadalquivir River, i.e. it offers an incredibly breathtaking and picturesque view. The historical role of this building is that Torre del Oro served as a protective structure of the city. The tower is presented in the form of a multifaceted structure with a wide main tier, and also has two additional tiers – small turrets and a third tier, made in the form of a cylindrical lantern with a dome at the top. 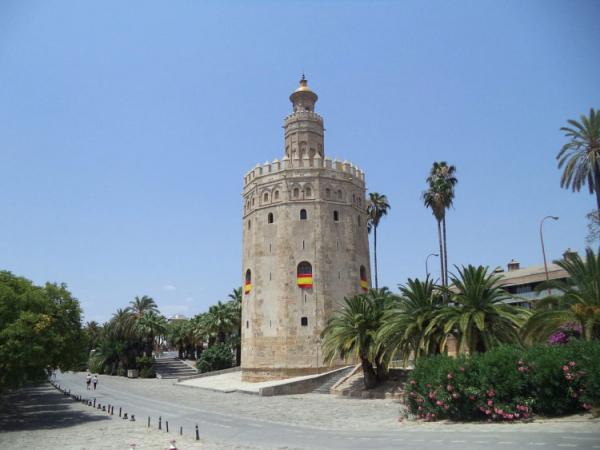 Torre del Mar is one of the Andalusian sightseeing cities that attracts tourists with its subtropical climate conditions as well as recreational facilities. Many tourists come here to enjoy the wonderful climate throughout the year. Arriving here, you can see the vast expanses of sandy beaches, which are equipped with everything necessary to make your stay as comfortable and unforgettable as possible. For tourists, there is a wonderful option for a walk to the Caleta de Velez marina, where you can take great photos and get a lot of pleasant impressions. The city has a lot of supermarkets, bars, restaurants, clubs and many other establishments where you can spend your leisure time actively and cheerfully. It is also possible to purchase memorable souvenirs and gifts at the summer market located on the beach. 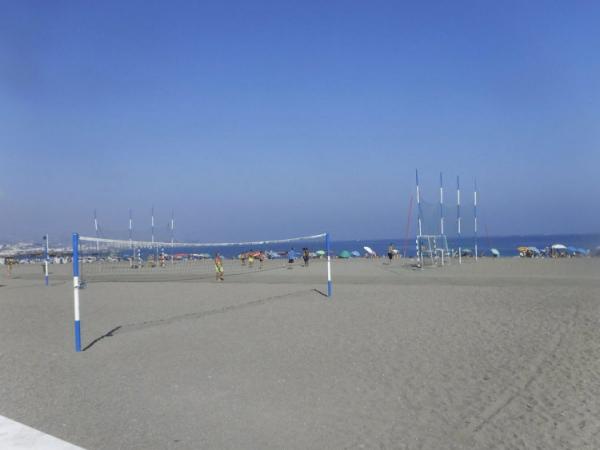 The main places that Torre del Mar boasts are, of course, the vast sandy beaches. The long promenade has a magnificent view, especially in the evening and at night. If you want to relax between long excursions and trips, then Torre del Mar is a great place to stop.

In addition to the mass of historical sites and vast beaches, Andalusia is rich in the best, but, unfortunately, unknown natural attractions. For example, the largest park in the local territories covers an area of ​​75,000 hectares. The nature here is indescribably beautiful, it causes a lot of pleasant emotions and a feeling of deep relaxation. The local rivers, lakes and swamps give a beautiful view to the parks. The local flora and fauna are also diverse and magnificent, since, due to the acceptable climate, a huge number of various bird species flock here. Also, do not be surprised if you meet wild bulls, deer, lynx or fallow deer, as here they are familiar to everyone. The parks here are under reliable protection, therefore, in order to enjoy the beautiful view, you should buy a ticket with a guide and enjoy the most beautiful places in nature.

Read also about the sights of Bilbao and get inspired to travel further in Spain.