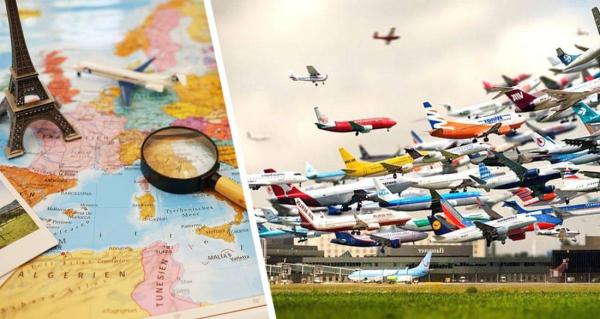 EU authorities have called on Russia to return more than 400 leased planes that it allegedly “stole” from foreign companies after the West canceled the lease of these liners. This was stated by Deputy Prime Minister of Russia Yuri Borisov back in March, stressing that all foreign leased aircraft will remain in Russia after the expiration of their contracts, European media reported.

Russian special operation in Ukraine, perceived in the wrong way, became a trigger for Western countries: European authorities immediately terminated leasing contracts for more than 500 aircraft, of which Russia lost 78 aircraft as a result of arrests abroad, another 400 units remained on Russian territory.

In response, on March 14, Putin signed a law allowing, by decision of the country's government, to register the rights to foreign aircraft that are leased from domestic companies. In addition, Bermuda and Ireland, where the majority of Russian aircraft are registered, announced the suspension of the airworthiness certificates of aircraft of Russian companies. Bermuda-registered aircraft use Aeroflot, S7 and others. In response, Russia adopted an accelerated procedure for issuing certificates of Russian jurisdiction. At a plenary meeting earlier this week, members of the European Parliament “condemned” the actions of the Russian side and demanded the return of the plane, saying that “such theft is unacceptable.”

MEPs also insisted that the Russian authorities would allegedly be held responsible for putting the lives of their own citizens at risk by putting these aircraft into service, arguing that they could not meet the necessary safety requirements. However, the Russian side does not accept the charges. In addition, European officials called on the EU to re-impose tougher sanctions on Russia and called on the bloc of 27 countries to help transport operators with links to the Russian market.

EU officials also called for even more stringent sanctions against the Russian maritime sector and a ban on entry for ships that docked in Russia on their way to EU ports. In addition, all ships that wish to stop in EU ports should be banned from refueling their vehicles in Russian ports, the European resolution said.

For those who care about a healthy lifestyle, we recommend reading: “From sex to lighting candles: scientists named 9 effective ways to lose weight.”