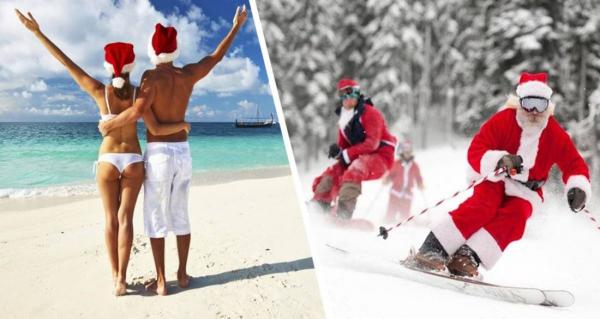 Beach “winter” tourism remains an unconditional priority for Russian tourists, despite any crises and rise in prices. More than 50% of winter tours are tours to “warm” countries where you can bask on the beaches – primarily Egypt, Thailand and the United Arab Emirates. Such data was provided by the experts of the Travelata.ru service.

The first place in the number of foreign bookings, according to analysts, was taken by Egypt – 18% of tours were purchased there. Thailand is also rapidly recovering its popularity and lagged behind quite a bit – up to 17%. In third place is the United Arab Emirates, 16% aspire to go there. In general, these three countries account for 51%.

At the same time, the increase in prices does not stop tourists. According to service experts, a check for tours to Egypt, for example, increased by 28% and amounted to 142 thousand rubles. In the UAE, the rise in prices is even higher – by 34% to 204 thousand rubles. But “tourists do not spare money for the opportunity to warm themselves.”

At the same time, fans of winter sports and, in particular, skiing, for the most part remained in Russia, experts add. In general, domestic tourism ranks first in terms of volume – it accounts for 29% of bookings. At the same time, more than a quarter of all those who booked trips around the country – 26% – are ski holidays in Krasnaya Polyana. At the same time, the average check in Russia is 50 thousand rubles, and rest in a famous resort is a little more expensive – although it has fallen in price. “Last year, a trip cost an average of almost 72,000 rubles, and now it is 10,000 less,” Travelata.ru experts said.

The Tutu.ru service also presented the following layout for “New Year's” tickets, i.e. tickets issued for flights from December 29 to January 8. About 89% of tickets with departures from December 29 to January 8 are issued in Russia, 11% of bookings fall to foreign destinations. A year ago, tickets in Russia accounted for 92.5%. Among foreign destinations, the main demand is for neighboring countries.

Most flights are scheduled in Moscow and St. Petersburg, in total about a third of tickets are issued to these cities. The average check for a flight to Moscow is at the level of 7,953 rubles one way, and most tickets to the capital are issued from Sochi, Mineralnye Vody, Yekaterinburg, Kaliningrad and St. Petersburg. For a ticket to St. Petersburg during the New Year holidays, they pay an average of 8,860 rubles one way, most often they plan to fly from Moscow, Yekaterinburg, Sochi, Samara and Mineralnye Vody.

From foreign destinations, the countries of the near Abroad: Uzbekistan, Tajikistan, Armenia, Belarus, Kyrgyzstan, Azerbaijan and Kazakhstan. Also, the top 10 countries for independent travelers for the New Year holidays include Turkey, the United Arab Emirates and Israel.

For those who care about a healthy lifestyle, we recommend reading: “The nutritionist selected the 6 healthiest fruits available.”