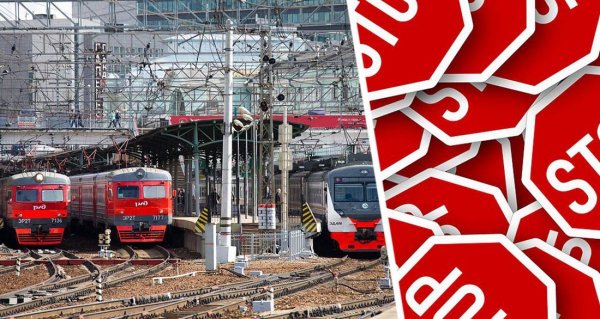 The “land” window to Europe for Russians “departing” to the West will close next Saturday. We are talking about the Allegro train running between Helsinki and St. Petersburg – it will stop working on March 26.

Recall that a little more than a week ago, the German Deutsche Welle (a foreign agent and a German media holding, which has already been blocked by Roskomnadzor for “systematic dissemination of fakes” about Russia’s special military operation in Ukraine) published a sentimental video. It alleged that the Finnish company Allegro has hastily increased the fleet of trains running between St. Petersburg and Helsinki, specifically for “hundreds and thousands” of Russians fleeing oppression and sanctions. Details – follow the link.

The reality turned out to be tougher – according to the Finnish Helsingin Sanomat, back in early March, the VR railway operator, which manages Finnish railways, announced a “dramatic reduction” in contacts with Russian Railways. And on March 24, the Minister of State Property Management of Finland, Tytti Tuppuraine, sent a letter to this company, stating that “the operation of the train is no longer in demand.” “The situation with Allegro has changed, and the continuation of the Allegro movement is no longer appropriate from the point of view of the state owner,” the Finnish official said. Why the train “lasted” for so long, she also explained transparently: “All interested citizens of Finland have already returned to Finland from the Russian Federation,” she said.

We also recall that a detailed list of countries and companies that still maintain air links with Russia – and these are six Russian airlines, almost thirty more foreign ones, twenty-one open countries and the ability to “get through” even to Europe – can be found in the material “Window to the Foreign: to which countries and which airlines Russians can now travel to.

For those who care about a healthy lifestyle, we recommend reading: “Scientists have named a popular product that causes infertility in men.”