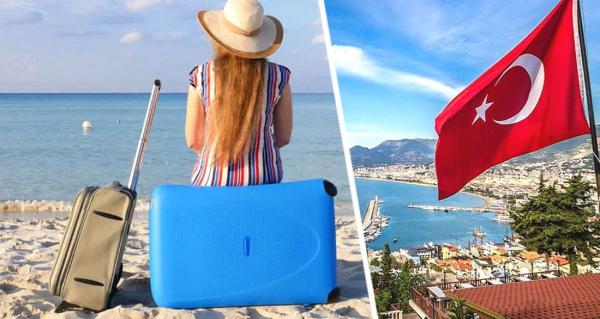 Hopes for the recovery of tourism in Turkey after the COVID-19 pandemic collapsed after the start of Russia's special operation in Ukraine. The demand for summer reservations has stopped, and at the same time, Turkish experts have realized that the point of no return has been passed – no recovery will be expected in 2022, because tourists will not go to them en masse.

Millions of Russians and Ukrainians fly to Turkish resorts every year, but this year the numbers are expected to be much lower than previous figures and, moreover, optimistic forecasts given by experts for this year. According to the Ministry of Tourism, visitors from Ukraine and Russia made up more than a quarter of all tourists who arrived in Turkey last year. Within days of the start of the operation late last month, Russians and Ukrainians canceled travel bookings to Turkey and other countries, AFP reported.

“Russia and Ukraine are very important markets for us. Last year, about 4.5 million Russian and two million Ukrainian tourists visited Turkey,” Hamit Kuk from the Association of Turkish Travel Agencies (TURSAB) quoted the publication as saying.

TURSAB’s forecasts for the current year were even more impressive: it was expected that that the country will be visited by 7 million Russians and 2.5 million Ukrainians. However, due to recent events, these figures will have to be revised and expectations seriously reduced.

“What is happening between Russia and Ukraine makes everyone nervous here. Both from a human and commercial point of view. Normally there would be a surge in summer bookings in March. But the demand has stopped. If this continues, a very serious problem will arise,” Firuz Ballıkaya, head of the Association of Turkish Travel Agencies (TÜRSAB), told AFP. We add that in the southern resorts of Turkey, the high season for Russian tourists usually begins in early May. According to some experts, the number of cancellations exceeds 70%.

Turkey, which is heavily dependent on Russian tourists, is seeking to boost tourism revenue to help spur economic growth and cover its current account deficit. The Turkish government has said tourism revenue this year could equal or exceed the record $35 billion earned in 2019, but that projection now looks unrealistic without the missing element of Russian and Ukrainian holidaymakers.

Turkey's proximity to the conflict in Ukraine may also deter European and other Western tourists from traveling to the republic. In pre-Covid 2019, 39.5 million people came to the country on vacation, and last year the total amounted to 24.7 million.

The main opposition Republican People's Party recently published a report stating that the lack of Russian and Ukrainian tourists could cost the Turkish tourism sector about $5 billion.

“If the Ukrainian conflict drags on past March or April, I don’t expect Russian and Ukrainian vacationers to come this summer. It is completely related to psychology. You cannot spend your summer vacation abroad if your parents are fighting for your country or you have lost a relative on the battlefield,” Bulut Baghchi, president of the World Tourism Forum Institute, told Arab News.

If the special operation in Ukraine is completed before the peak season, it is likely that Russian tourists will start booking vacation spots in Turkey, but again, other problems may arise – due to the severe financial and payment sanctions imposed on Russia, it will be difficult for tourists to decide on trip with bank cards in hand. The reason is that after the exclusion of the seven largest Russian banks from the SWIFT system, Visa and Mastercard blocked the use of Russian bank cards abroad.

Cryptocurrencies, which are considered by the Thai authorities as a means of payment (details here), are not yet available for the Turkish tourism sector exit.
“In Turkey, there is still no legal framework for cryptocurrency payments. Therefore, Russian tourists using cryptocurrency will not change our lives,” another source explained to the publication.

The status and frequency of flights from Russia to Turkey after Airbus and Boeing joined Western sanctions also cause a headache from professionals in the sector.

For those who care about a healthy lifestyle, we recommend reading: “Scientists have named a toilet symptom that says something is wrong with the head.”