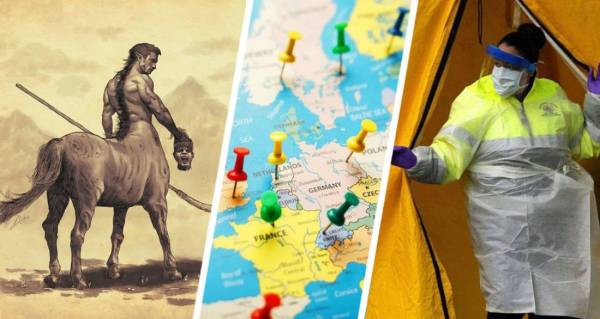 The “dark horse of the pandemic” – a new strain of “omicron” BA.2.75, European virologists scared tourists. The strain they called “Centaur” quickly spread in India and has already arrived in other countries, including the UK, US, Australia, Germany and Canada. The European Center for Disease Prevention and Control (ECDC) has designated it “under surveillance” and is closely monitoring its spread.

As the virologist William Hazeltine said on the pages of Forbes, the first version that came to the attention of researchers was the sub-variant “omicron BA.1”, which appeared at the end of 2021 and had significant differences from the original version. Next came the BA.2 strain, which was distributed in the United States in the winter of 2022. Now in many countries its direct “descendants” dominate, which are known to scientists as BA.4/BA.5. Among them is the aforementioned BA.2.75, which is gaining momentum.

He, according to the virologist, “possesses significant mutations in the genetic code of the spike protein, moreover, we are talking about areas that become typical targets for antibodies.” This helps the virus to spread more efficiently between carriers. So far, “centaur” has been found in about 10 countries, including the UK, Australia, Germany and Canada. Also according to virologists, the rise in the number of infections in India suggests that BA.2.75 is a problematic strain.

At the same time, Professor Paul Hunter from the University of East Anglia explained that it is difficult to predict the behavior of the “centaur”. But at the moment, it doesn't seem too likely that it will become more dangerous than BA.5. “We are concerned, but this is not a reason to go crazy,” the virologists add. However, against the backdrop of constant statements about the return of anti-COVID measures, all sorts of “centaurs” cause concern.

For those who care about a healthy lifestyle, we recommend reading: “Scientists have found that fatty foods lead to dementia and a fat waist.”