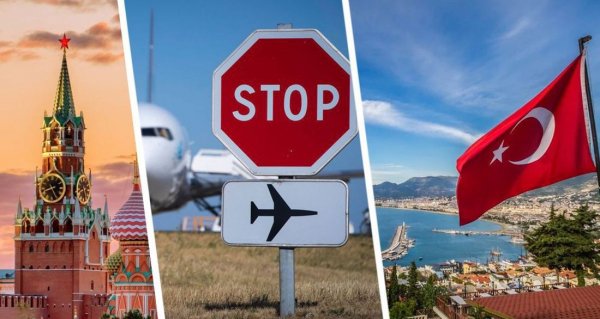 A real panic began on the Russian tourist market on Saturday evening: a piece of news appeared in the top of Yandex.News under the heading “Turkey closed airspace for Russian aircraft.” Tourists who bought tours to Turkey for the May holidays sensibly reasoned that they might not fly anywhere. However, we hasten to reassure them: this news, or rather, Turkey's decision to close its airspace to Russian aircraft, concerns only military flights to Syria.

The details are as follows: Turkish Foreign Minister Mevlut Cavusoglu, before his departure on an official visit to Uruguay, gave a traditional interview, during which he announced the closure of the airspace of the republic for all civil and military aircraft transporting military personnel from Russia to Syria.

< p>“We have closed airspace to Russian military aircraft and even civil aircraft flying to Syria and carrying troops. This was done by analogy with the Montreux Convention. Prior to the entry into force of this decision, we gave Moscow a three-month delay until the end of April. Now this ban has come into force,” the minister explained.

Thus, this decision in no way applies to tourism and Russian tourists. On the contrary, Turkey, which is heavily dependent on Russian tourists, is doing everything possible to resume charter flights from Russia to Antalya. To do this, 3 new airlines are immediately created in the country to transport Russians, as a matter of urgency. most of the aircraft of Russian air carriers cannot leave Russia due to Western sanctions.

So, for example, read the following materials about new airlines for Russian tourists:

For those who value a healthy lifestyle, we recommend reading: “Russians were told how to deal with allergies to spring pollen.”