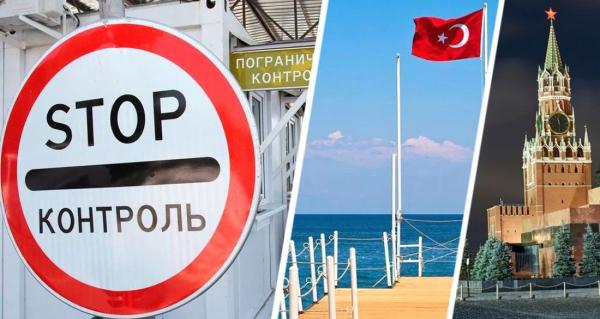 Global tourism has been dragged into the maelstrom of the current situation in Ukraine and a new crisis. In particular, the Turkish tourism sector, which has no illusions and understands that recent events and the reaction to them are leading to a catastrophe for both Russian and Ukrainian tourism. According to Turkish tourism media, experts stated a disastrous season – their forecasts are based on huge refusals of bookings from the main suppliers of vacationers from abroad – Russia and Ukraine. Turkey's tourism sector is closely monitoring the process of the special operation.

Expectations of the tourism authorities

According to the Ministry of Culture and Tourism, 4 million 700 thousand foreign tourists who visited Turkey in 2021 came from Russia, 3 million 100 thousand from Germany, 2 million from Ukraine, 1 million 400 thousand from Bulgaria and 1 million 100 thousand – from Iran. Thus, the share of vacationers from Russia and Ukraine is more than a quarter: 27.3% of the total number of tourists. By comparison, the combined share of both countries in pre-COVID 2019 was only 19%. During the pandemic, difficult times for Turkish tourism, when almost all of Europe abandoned Turkish resorts, two important markets, Russia and Ukraine, partially filled the gap.

The tourism sector had high hopes for the 2022 season. Almost all players in the sector expected to receive 52 million tourists and about $35 billion in tourism revenue. But the situation began to develop not according to an optimistic scenario.

The president of the Association of Professional Hotel Managers of Bodrum, Serdar Karcilioglu, told publications that the lack of a state tourism policy in Turkey has led to the sector being severely affected by all foreign movements. According to him, tourism is experiencing a new crisis at this moment.
Declaring that the aviation crisis with Russia, terrorist incidents and the pandemic in the past have caused serious damage to Turkey's tourism, the official said that from March 10, the sector begins to experience the consequences of the Russian-Ukrainian crisis.

“Unfortunately, we began to experience something that we did not want. We are talking about big losses for two key sources of tourists for our country, Russia and Ukraine. Already on the day when Russia launched a special operation in Ukraine, all reservations from Ukraine ceased. Previously booked was also cancelled. And then we saw cancellations from Russia. Now Russia is finished in terms of a source of tourists,” the head of the association explained the situation.

No planes – no tourism

Another specialist in the tourism sector also announced the termination of the tourist flow. According to Ozen Uysala, chairman of the Council of Representatives of the Turkish Travel Agencies Association (TÜRSAB) for the Western Mediterranean region, he does not expect any movement from these markets in the near future already in the conditions of conflict. In addition, sanctions on aviation and payment systems against Russia will make it almost impossible for Russian citizens to travel abroad.

As the president of the association noted, the current situation in Ukraine and Russia has led to a serious depreciation of local currencies. “Even if everything goes well, and the special operation does not end, there will still be no Ukrainians – most of the airports in Ukraine are bombed. We learned that only the three airports where we operate the most are in good condition, but we do not think that the citizens of Ukraine will rely on this. On the Russian side, the aircraft of the country's most important airline were leased from European companies. These planes will also not be able to fly abroad – leasing obligations “hang” on them. If there are no planes, there is no tourism. That's what it means to us,” he reasoned.

President of the Association of Professional Hotel Managers of Bodrum Serdar Karcilioglu said that the sector has been hit hard both during the pandemic and during the current events taking place in Ukraine: “The credit burden on the sector is too high. It's time to pay off the loans deferred during the pandemic. Now the sector doesn't know what to do. Can we replace Russians with citizens of other countries? I think not. When we look at bookings, we see that tourists with the lowest spending potential in Europe will arrive. Thus, there will be few tourists and they will spend little.”

Finally, fuel price spikes mean a big strain on many sectors in Turkey. According to Uysala, the tourism sector will no longer be able to withstand such a cost burden. Accordingly, annual fuel costs have now exceeded the cost of a car due to increased transportation costs. If during the pandemic the biggest problem of tourism was the lack of qualified personnel, now its main headache is fuel and energy resources.

There is a loophole

Some losses can be made up if the Turkish authorities react quickly to the circumstances. From Russia to some airports in Turkey, mainly to Antalya, there were almost 10 flights a day. Turkey can both redirect dwindling flights to countries that can attract tourists to Turkey, flights to countries with the possibility of tourists arriving in Turkey, and transport Turkish Airlines to places where Russia cannot fly.

However , experts say, time has already been lost. Therefore, Turkish tourism is at least a 50% loss of tourists from the Russian market compared to the past.

For those who care about a healthy lifestyle, we recommend reading: “A nutritionist spoke about a prebiotic that heals the intestines.”