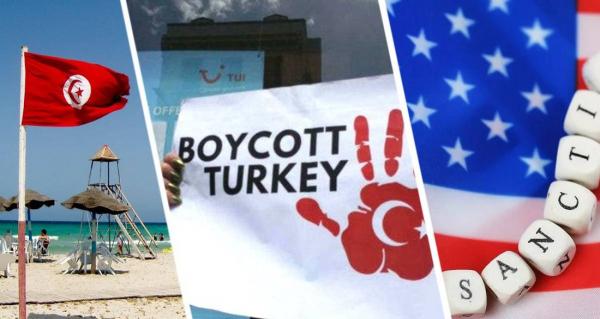 The United States is trying to “put pressure” on Turkish businesses cooperating with Russia: a threatening letter from the US Treasury was received by the Association of Turkish Industrialists and Businessmen (TÜSİAD), which includes many hoteliers and travel companies. The association confirmed the fact of receiving a letter from the US Treasury – it contained a warning for Turkish companies – not to work with Russian institutions and businessmen under sanctions. Otherwise, Turkish business already runs the risk of falling under secondary sanctions. The extent to which this will affect tourism is still unclear, but judging by the fact that all the tourism media broadcast the statement, business is clearly alarmed.

“As reported in various media today, a letter from U.S. Deputy Secretary of the Treasury Adewale Adeyemo, stating that the work of Turkish companies with individuals and entities subject to sanctions under sanctions against Russia, may result in the risk of secondary sanctions for companies operating in Turkey, was sent in TUSIAD. The corresponding letter was submitted to TÜSİAD, as well as to the Ministry of Foreign Affairs, the Ministry of Treasury and Finance and the Ministry of Trade,” the Turkish businessmen officially announced.

It should be noted that, as the travel media write, this is not the first such appeal – since February 24, several have already been received, the last one was in June. The demands are on the rise. According to the Wall Street Journal (WSJ) quote from the letter, it literally says the following: “Any person or entity that provides financial support to persons sanctioned by the United States is at risk of US sanctions.”

By the way , they also threatened Turkish banks cooperating with Russia, including regarding the MIR payment system, with sanctions. Adeyemo noted in the letter that Turkish banks, while maintaining ties with US banks, will not be able to establish correspondent banking relationships with sanctioned Russian banks. The publication also states that the deputy minister from the United States is very concerned that “the Russians are using Turkey to circumvent sanctions imposed by the United States and 30 countries.”

What will be the consequences of the next message and how it will affect tourism is still difficult to understand . In any case, tourism “on a tangent” may well have relations with sanctioned Russian companies. Judging by the publications in the entire tourism press, the topic has excited tourism in Turkey. But it is obvious that they are not going to refuse Russian tourists in the country.

For those who value a healthy lifestyle, we recommend reading: “A nutritionist revealed the pros and cons of an alkaline diet.”